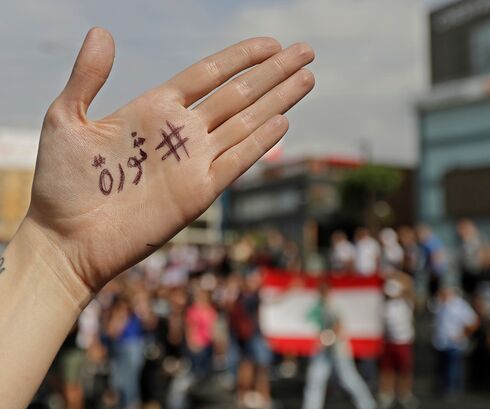 Instead of supporting those impacted by the Beirut explosion and the severe economic crisis, the Lebanese state is attacking its population.

Only a few days after the blast, the Lebanese army and security forces shot at unarmed, largely peaceful crowds protesting against the government's inaction and corruption.

So far Lebanon’s President has rejected calls for an international inquiry in to the incident.

Lebanon: authorities must not send six recently-arrested Syrians back to Syria

The Lebanese authorities must not deport six Syrian refugees who were arrested last week after collecting their passports from the Syrian embassy, said Amnesty International, which is urging the authorities to release the refugees unless they are charged with a recognisable offence.

The Lebanese authorities have spent the past year shamelessly obstructing victims’ quest for truth and justice following the catastrophic port explosion in Beirut, said Amnesty International today, ahead of the one-year anniversary of the devastating blast.

The Fire Brigades Union has joined Amnesty International in calling on the UK government to press for a full international investigation into the devastating explosion in Beirut three months ago.

One month on since the deadly blast in Beirut’s port, it is increasingly clear that the processes the Lebanese authorities have established to investigate the tragic events of 4 August are neither independent nor impartial.

20 minutes of life and death in Beirut

'“That was close”. This is the first sentence my 3-year old son Kian told me as he got out of the car after finally reaching home.'

Outside Lebanon - inside the blast

'August 4 seemed to be another regular weekday in my living room in Turkey; little did I know that 10 minutes later my whole life would change.'

Lebanon: Don't let the criminals be the judges

The August 4 explosion exposed the lethal recklessness that has come to define the ruling establishment in Lebanon. It's time for their day of reckoning.

"Today, our public institutions are hijacked by an occupying force that places no value on life and therefore, we need to dismantle it."

The Lebanese army and security forces - as well as unidentified men in civilian clothes - shot at unarmed crowds during protests in Beirut following last week’s devastating explosion in the port district of the city.

On 4 August 2020, a large explosion in the port area of Beirut killed at least 180 people and left an estimated 6,000 more injured based on UN figures. We are calling for an international independent investigation to ensure truth, justice and reparations for victims.