Lebanon: authorities must not send six recently-arrested Syrians back to Syria 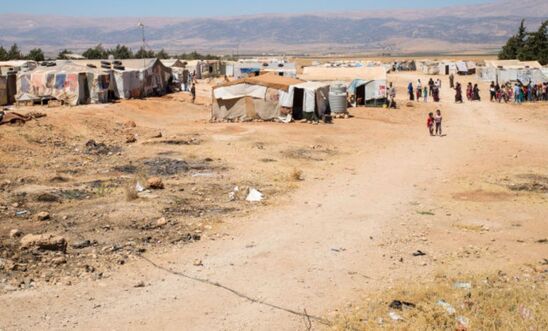 As many as 1.5 million Syrian refugees are currently living in Lebanon © Vassilis Poularikas/NurPhoto via Getty Images

Five of the men are from Daraa, where intense fighting is ongoing

‘No part of Syria is safe for returns, and these men must be protected’ - Lynn Maalouf

**On Tuesday 7 September, Amnesty will publish a major new report highlighting the acute risks faced by refugees who return to Syria**

The Lebanese authorities must not deport six Syrian refugees who were arrested last week after collecting their passports from the Syrian embassy, said Amnesty International, which is urging the authorities to release the refugees unless they are charged with a recognisable offence.

A Lebanese army statement on 28 August confirmed that its intelligence directorate had arrested the six men outside the embassy for entering the country irregularly, and that they had been handed over to the General Security directorate. Lebanon began deporting Syrian refugees following a decision by the Higher Defence Council on 13 May 2019.

The family do not know the men’s current whereabouts and Amnesty believes they are now at imminent risk of deportation to Syria.

Amnesty spoke to the brother of one of the men. He said his brother had received a call from the embassy on 26 August, telling him to come to collect the passport he had applied for on 19 August. The man believes his brother was arrested after collecting the passport at the embassy, because he sent him a message saying he had the passport. He had entered Lebanon on 18 August with three other Syrians.

“My brother sent me a text message when he arrived to the Syrian embassy and sent another when he got his passport. After that, I didn't hear back from him. My messages are not reaching him. I have no idea where he is. But I am assuming that he was in the embassy when he contacted me saying he picked up the passport.”

Five of the six men are believed to be from Daraa governorate in southern Syria, where violent clashes between Syrian government forces and armed groups have intensified in recent months. Hundreds have been killed or injured, and tens of thousands of civilians have fled the area. Government forces have also placed a deadly siege around the city of Daraa al-Balad.

Given the recent intensification of hostilities in Daraa al-Balad, Amnesty is calling on the Lebanese and Jordanian authorities to allow people fleeing conflict in Syria legal entry and safe refuge.

“Lebanon’s General Security directorate must ensure that these men are not forcibly returned to Syria.

“Deporting these men would be a serious violation of Lebanon’s international obligations, including under the UN Torture Convention.

“Arbitrary detention, enforced disappearance and torture remain rife in Syria, and armed hostilities in some parts of the country have intensified significantly in recent months.

“No part of Syria is safe for returns, and these men must be protected.

“The plight of these men should serve as a reminder of the growing risks faced by Syrian refugees in neighbouring host countries, as well as the woefully insufficient numbers of international resettlement places available for refugees who have fled conflict and crisis in their home countries.”