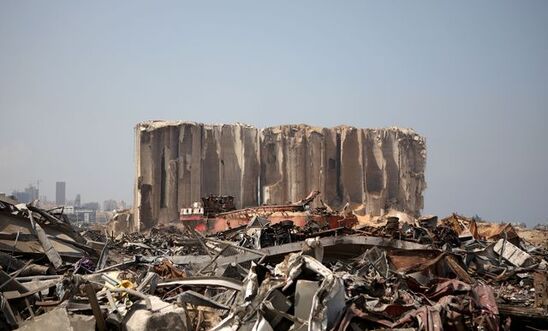 Judicial Council, given the task of investigating the explosion, does not have the jurisdiction to prosecute government officials

One month on since the deadly blast in Beirut’s port, it is increasingly clear that the processes the Lebanese authorities have established to investigate the tragic events of 4 August are neither independent nor impartial, Amnesty International said today in a detailed statement.

In the five-page statement, Amnesty says that the steps taken by the Lebanese authorities to date are “wholly inadequate”.

Amnesty is reiterating its call for an international fact-finding mechanism to guarantee victims’ rights to truth, justice and remedy.

Since the tragic explosion - which killed at least 190 people, injured more than 6,500 others, and left around 300,000 people displaced or homeless - calls for an international investigation have been made by victims, relatives, and numerous human rights organisations. However, the Lebanese authorities, including the president, have rejected these calls.

Full accountability over the explosion has been one of the key calls made by the thousands of protesters who streamed onto the streets four days after the explosion. These protests were met by excessive use of force by the military and security forces, leading to hundreds of injuries.

“More than a month after the explosion, every step, measure or statement taken thus far - particularly by the highest-ranking officials in the country - have made it clear that the authorities have no intention whatsoever of fulfilling their responsibilities of conducting an effective, transparent and impartial investigation.

“The government referred the investigation to the Judicial Council, a court whose proceedings inherently lack independence and impartiality, and fail to meet international fair standards. Extraordinarily for a case in which there are such serious allegations against state bodies, it does not have the jurisdiction to prosecute sitting officials, including the president and ministers.

“Considering the decades-long history of impunity in Lebanon and the scale of the tragedy, an international fact-finding mechanism is the only way to guarantee the rights of victims to truth, justice and remedy.

“This investigation should be mandated to assess responsibilities in relation to the explosion and the resulting deaths, injuries and destruction, and to make its findings public. It should be thorough, independent, impartial and transparent.”