What do you picture when you think of human rights activists?

Whatever you might think, the reality of activism is that it comes in all different shapes, faiths, races, genders, ages and sexualities.

One common misconception, especially in the media, is that young people aren’t bothered about serious issues like human rights or politics — that they’re too busy face swapping on Snapchat or putting pictures of their food on Instagram.

At Amnesty International we know that’s not true. That’s because we’re lucky enough to work with a talented and diverse group of young people who each have their own reasons for becoming passionate about human rights.

Here are their stories.

Thanks to Peanut from the Kaiser Chiefs for the amazing photos. 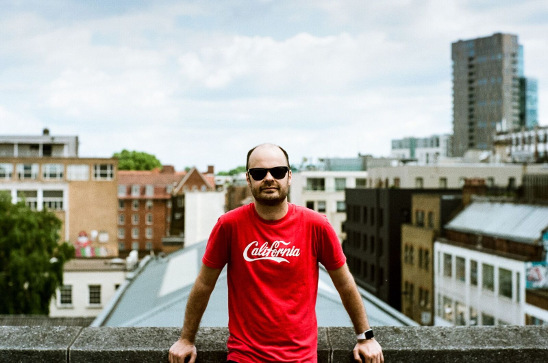 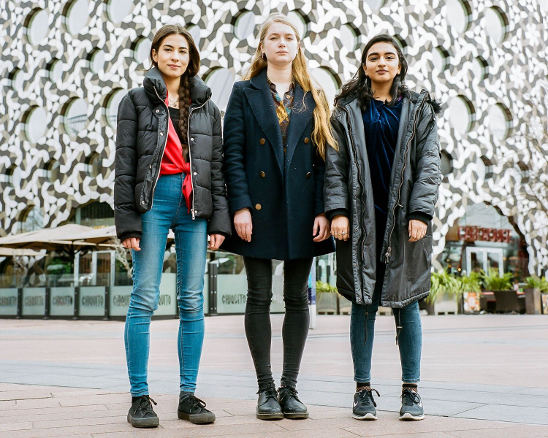 Tanita, Nina and Sana (from left to right) all study at King's College London are are members of our Student Action Network – or STAN for short – a vibrant network of over 100 student groups with thousands of members in universities across the UK.

Asked why it's important to be an activist, Sana said:

"It's super important to be active and stay 'woke' because honestly the abuses that happen to many across the world could just as easily be happening to us. We are in a privileged position and we should use this privilege to affect positive change."

Tanita is especially interested in activism to protect women's rights. She said:

"I’m interested in women’s rights and issues because I believe in equality between the sexes.

"Currently, 130 million girls are not in education, women in Burkina Faso can be denied access to contraceptives if they are not accompanied by their husbands and in several other countries survivors of sexual violence are not protected by the law. Your gender should not be a burden or a death penalty."

The girls state Michelle Obama, Rupi Kaur and Maya Angelou as their role models, and think there should be more through education on inspirational activists and human rights education at school. Nina also added:

"I would like to see more promotion of equality within institutions, that helps us really understand the issues that specific groups face in order to resolve them rather than avoiding problematic topics, we need to face them head on." 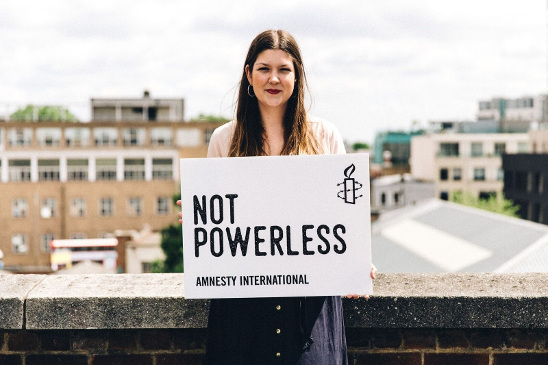 Ruth is responsible for the development and growth of our student activist base, including STAN, helping young people to engage with their communities. Like Tanita, Nina and Sana, she believes one of the biggest issues holding young people back from getting more involved is a lack of basic education:

“We don’t look back properly on any of the massive social justice movements across time. There’s no analysis of what’s the running thread across these movements that have achieved change. It’s always like ‘people shouted loudly about some things for a time until there was a tipping point and a politician changed the law’. 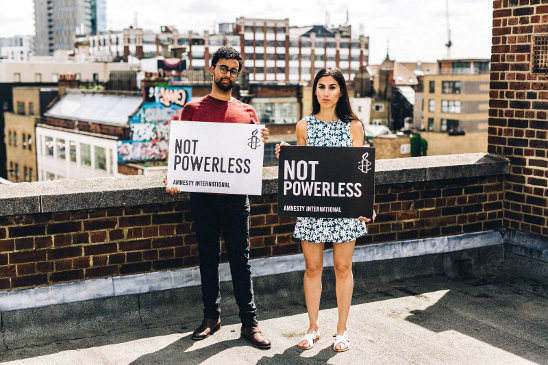 Kieran and Freshta work on the advocacy team at our London HQ and are responsible for maintaining and developing our relationships with key decision makers in the UK political system.

Freshta came to Britain as a refugee with her family in 1993, fleeing war-torn Afghanistan. Hearing stories of how her family were killed in bombing raids made her disgusted and desperate to make a change.

Here she discusses how her work at Amnesty has directly affected her own life.

Kieran also faced adversity growing up. In this clip he explains how experiencing prejudice first hand got him interested in a career helping others.

For both Freshta and Kieran, activism can be as simple as showing people you care. This is a great way to support people, but it’s also an important way to get people actively protecting and promoting human rights.

Kwabs is currently volunteering for Amnesty UK in the human rights education team, helping to coordinate the speakers who go out to give talks at schools.

He’s from a part of London where there’s a stark gap between the rich and the poor, which translates into a huge difference in how engaged young people are with politics and human rights.

We asked him what it would take to narrow this divide.

This sense of injustice is something Naomi from our press team says is really felt among the young people she has met through activism. 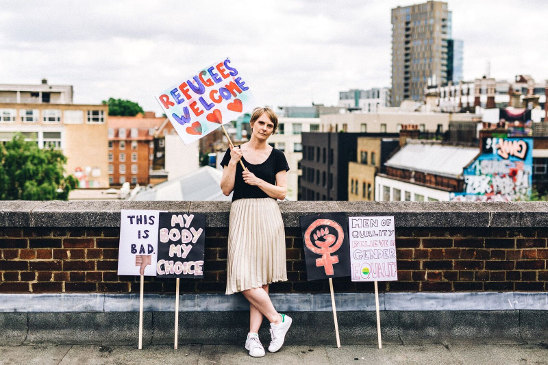 Naomi is very active in campaigning for human rights outside of work, especially through the parents she meets at her kids’ school.

“I think young people are often very derided in the media as being disinterested and disengaged, but my own experience is that they feel very strongly about how they want the world to be, how they want their communities to be. They have a very strong sense of injustice in that they want to do something about that. I think we’ve certainly seen an increase in that in the last couple of years.

“One teenager that I know – a 16-year-old girl – she set up an online activism magazine as part of her media studies GCSE and they’re working with a group of young human rights activists in New York to share stories and get the message out there about young people challenging the things they don’t like about the world they see around them.”

Naomi also gets her kids involved by getting them to help make homemade protest placards. Creativity is an amazing way to engage in activism, as it often combines our passions. Kim and Almas from Amnesty UK’s digital team explain more. 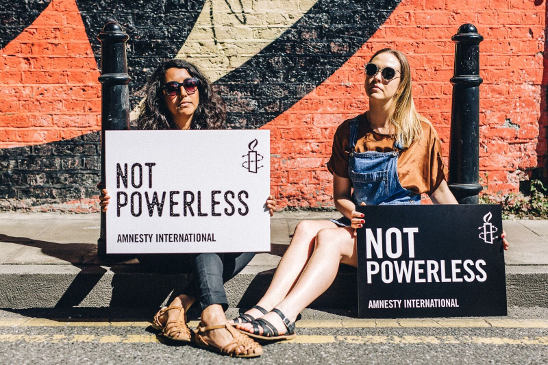 Kim (right) moved over to London from Sydney in 2016 after spending a good deal of time active as a volunteer for Amnesty Australia. She uses poetry to express her activism.

“I think that art is an amazing channel for activism. I use poetry as a channel for my own. We can see that recently art has become a really great medium for young and people of all ages to get involved and get their voices heard.

“But I think across generations and across the last few decades, art has played a huge role in activism and it’s a way of rejigging the messages that are often so bland and boring and making them more accessible and more connected to our emotions.

“A lot of the things we’re fighting for are emotional and you can’t just message them in a boxed-up way because it just won’t get through to people.”

Media is undoubtedly one of the most effective ways to spread ideas. Below, Almas describes how she’s been inspired by prominent women in the media and the growing feminist movement. 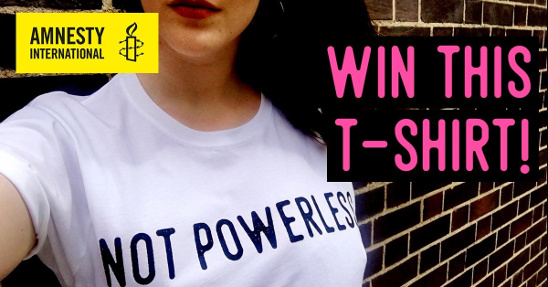 Inspired by our young activists? Add your voice to millions at Amnesty International and start making a difference today.

Sign up now to win a free t-shirt and activist pack.