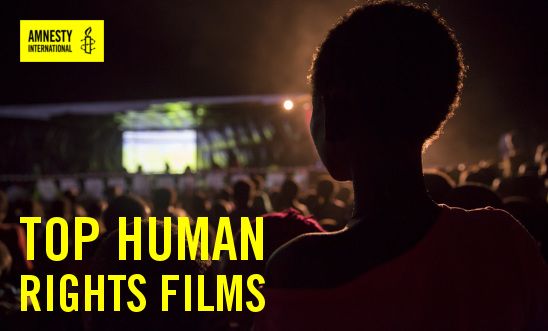 We're lucky to live in a time when documentary makers have an amazing platform to create and broadcast important documentaries on human rights.

Film is an incredible way not only to share information, but to help people emotionally connect with issues, changing their minds and urging them to take action.

We've scoured the web for the latest, greatest human rights documentaries that tackle a wide variety of subjects: from LGBT rights, to slavery, to the war in Syria.

She's Beautiful When She's Angry is a highly-acclaimed documentary on the history of feminism.

The film tells of the brilliant, often outrageous women who founded the women's liberation movement of the 1960s. The women that coined the phrase 'the personal is political' started a revolution: in the bedroom, in the workplace, and in global society.

They caused such an upheaval to the status quo that they were put on the FBI watch list — yet, these women are still ignored by many historians.

Discover the women that changed the world.

Human is essentially a cross section of what it is to be human in the 21st century.

Filmed over three years, 20 journalists travelled across 60 countries interviewing over 2,000 people, with the film composed entirely of aerial footage and the interviewees telling their stories directly to camera.

When released in 2015 Human was the first film to be premiered at the United Nations, screened to an audience of over 1,000, including the UN Secretary General, Ban Ki-moon.

The White Helmets is a 2016 British documentary that follows a group of volunteer rescue workers in the Syrian Civil Defence, also known as the White Helmets.

After five years the war in Syria has killed over 400,000 and displaced millions more. In areas outside of the regime, those left rely on this group of brave volunteers, dedicated to saving anyone in need.

A truly incredible account of humanity shining through in the face of so much violence and hate.

The Dark Side of Chocolate
freedocumentaries.org

The Dark Side of Chocolate exposes the continued allegations of child trafficking and labour in the international chocolate industry.

In 2001 the world were outraged to discover that child labour, slavery, trafficking, and other abuses existed on cocoa farms in the Ivory Coast, which produces nearly half the world's cocoa. Over a decade on, has anything changed?

An enlightening look at the hidden abuses of corporate consumerism.

The Pearl of Africa
Netflix

The Pearl of Africa focuses on the life of Cleopatra Kambugu — one of the first Ugandan women to live openly as a trans woman, despite incredible hostility in the country towards LGBT people.

In 2014 Uganda passed an extreme homophobic law allowing life imprisonment for homosexuality. Later that year the Ugandan tabloid Red Pepper outed Kambugu, which eventually forced her and her lover to flee Uganda.

A heartbreaking film of love, loss, and liberty.

China Blue follows the life of Jasmine Li, a 17-year-old child labourer from the Sichuan province of China who works in the jeans factory, Lifeng Clothes Factory.

With workers earning only 5p an hour, the film discusses both the terrible sweatshop conditions in China and how this is particularly worrying in light of China's growing importance as a global clothing exporter.

This shocking account will make you think twice before buying your next pair of cheap jeans.

E-Team follows a group of fierce idealists who bravely risk their lives to expose the truth behind the world's most horrific war crimes.

When human atrocities run amok, when ruthless dictators hold a nation to ransom, that's when the Emergencies Team (E-Team) springs into action, giving a voice to the helpless victims of human rights abuses.

A truly inspirational film of indescribable courage and compassion.

Queer Britain is an unparalleled examination of queer culture that shines a light on the challenges faced by the UK's LGBT culture today.

Presented by YouTuber and journalist Riyadh Khalaf, the series uncovers deep an often shocking issues, from those sleeping rough as a consequence of their sexuality, to those who are shunned by the LGBT community itself.

A must-see for anyone in or interested in the LGBT community.