Game of Thrones: Five ways fact is worse than fiction 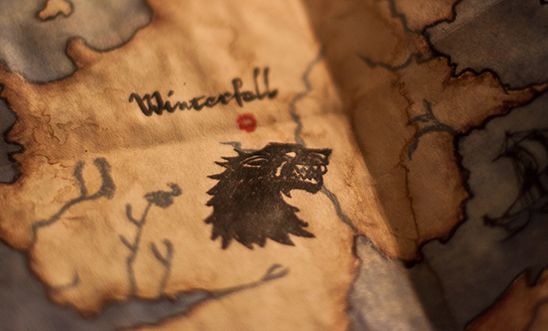 WINTER IS COMING. As the seventh season of Game of Thrones draws to a close – a programme talked about as much for its dramatic plot twists as its graphic violence, particularly against women.

But even Cersei Lannister is no match for the horror, violence and barbarity of life in countries around the world. So as GoT devotees across the UK get ready for the series finale, we take a look at how Westeros stacks up against the real world.

Game of Thrones began with Warden of the North Ned Stark executing a deserter. But no character is ever safe in the seven kingdoms and poor Ned is later beheaded by the despotic King Joffrey several episodes later.

Ned’s execution aside, the GoT universe pales in comparison with the 1,032 executions worldwide in 2016. The majority took place in just three countries: Iran, Iraq and Saudi Arabia. But it’s important to note these figures exclude China, where numbers remain a state secret, yet where we believe thousands of people are executed every year.

The death penalty is the ultimate denial of human rights, and that’s why we’re working to end it. Removing fingernails, mock executions, humiliation. This may sound like Qyburn’s daily to-do list, but they are also genuine torture methods used by the police and military in countries such as Nigeria and Mexico.

In Nigeria, electric shocks, sexual violence, and the ripping out of teeth with pliers are common practices, where thousands of people tortured at the hands of the Nigerian police and military. Many police stations even have ‘torture chambers’ and an informal ‘officer in charge of torture’.

Torture is also being used to extract confessions from innocent people all over the world. Like in Somalia where two teenagers have recently been jailed for life on the back of things they admitted to after a series of rapes and beatings.

Torture is barbaric, inhuman and never, ever justified.

Game of Thrones has received criticism for its depiction of women and sexual violence. Women are raped, forced into sexual slavery or subjected to other gender-based violence.

Several of the main protagonists find themselves sold or forced into marriage. In the very first episode, Daenerys Targaryen's brother forces her into marriage to further his own ambitions.

Women's rights fare little better in the real world. Violence against women continues to be a feature of conflicts, but not limited to them.

In Algeria and Tunisia, legislation allows a man accused of rape to avoid prosecution by marrying the girl he raped – if she is under 18.

Women’s access to abortion is also severely restricted, with women in El Salvador being sent to life in prison simply for having a miscarriage and being falsely accused of terminating her pregnancy on purpose.

Urge El Salvador to end the ban on abortion.

4. The shield that guards the realms of men

The infamous saying is muttered meaningfully as a warning not only that after a long summer a harsh winter is ahead, but that winter brings with it an existential threat to the world — an army of the dead.

In the current political climate it’s not much of a leap to think that winter may be coming for all of us — a dark future where protection of human rights won't mean much anymore.

The ’summer’ was long and fruitful. 70 years ago the world adopted the Universal Declaration of Human Rights, which stated for the first time that human rights must be protected across ’all peoples and all nations.’

Since then, people around the world have claimed remarkable victories: securing rights for women and LGBT communities, standing up to abusive governments, removing seemingly indestructible totalitarian regimes and bringing heads of states to account.

Yet now it seems that we are going back in time. Human rights defenders – the protectors of our realm much like the Night's Watch – are increasingly under attack, along with the basic principle that kept the winds of winter at bay: that all governments must respect certain universal rights.

The people of Westeros may think the White Walkers are nothing but fairy tales — but we know all too well they are very real.

Discover more and protect human rights defenders around the world.

5. Chemical weapons and other war crimes The medieval world of Game of Thrones is a brutal war zone with attacks on civilians, chemical ‘wildfire’ and slave armies made of abducted children, not to mention dragons.

This year in the real world has been even more catastrophic for civilians in war zones. We didn’t find evidence for the use of dragons but we have exposed possible war crimes in countries across the world.

Eyewitnesses in Syria told us they have seen hospitals directly targeted by Syrian and Russian air strikes, and there has been much evidence of the use of chlorine gas of civilians.

Don't let real life compete with Game of Thrones. Add your voice to one of our latest actions.

Based on original article by Anna Neistat, Senior Director for Research at Amnesty.