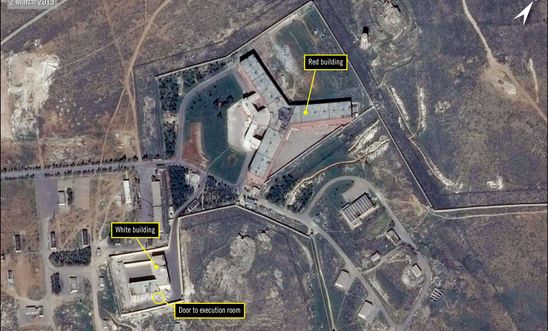 Part one: The Arrival of the Torturers

I arrived in the old German city of Koblenz in the afternoon after a long journey, still wearing my face mask and smelling of hand sanitizer. The first thing that caught my eye was the tulips scattered everywhere.

Breathing was not easy while wearing a mask, especially after wearing it for hours. When I finally took it off, I felt pain all over my face. I took in a slow, deep breath and was filled with the scent of fragrant flowers and the fresh river water. I continued walking through the near deserted streets to my destination.

This 23 April 2020 is no ordinary day. Journalists, human rights activists and many others have arrived at the Koblenz High Court before it opened its doors. We are here for the first trial of its kind anywhere in the world. The first trial of two former officials of the Syrian government’s security service who are charged with crimes against humanity. It’s emotional just to write those words, even more so being here.

I’m here to cover the trial for Amnesty International UK. I’m also observing the trial as part of my studies for a master’s degree in law and documenting it for Reporters Without Borders.

One of the men on trial is Anwar Raslan. He is suspected of being complicit in the torture of at least 4000 people between 2011 and 2012 in the General Intelligence Al-Khatib Branch in Damascus. This torture resulted in the death of 58 people and included cases of sexual violence.

There were a lot of journalists here representing all the major international news agencies and media outlets. It was hard but necessary to separate my personal feelings from my work. I was previously detained and tortured in Syria. I worked on documenting the crimes of Anwar Raslan in the Al-Khatib branch, and some of the victims are close friends of mine.

It was the first time that the torturer and his victims had met in a proper court. But it was not the first time they had ever met. Back in Syria, Raslan was the colonel, the judge, the investigator and the torturer, while the other was only a victim. Anwar, back then, was dominant with a vast array of torture instruments, including sticks, electric cables and electro-shock devices.

And then my recollections were suddenly interrupted - a relief, really. The first defendant had arrived at the courtroom. A different sort of electricity was in the air.

The man entered the hall but his face was concealed with his hood. Journalists and others in the gallery stood up to catch a glimpse. Someone behind me yelled my name, maybe I was blocking his view? Everyone wanted to see the hooded man's face. I was around twenty meters away and I could see the defendant's hands. They seemed incredibly white. He was pulling his hood down so hard that it almost separated from his coat.

Was he afraid of exposing his face to the public and journalists? Maybe it was fear of the coronavirus? Or maybe it was a fear of being identified by some of his victims? Maybe it was shame? I don’t know. Whatever it was, this person was Eyad al-Gharib who is charged with torture in at least thirty cases.

Despite trying to stay present and detached, my memories found a way back. They always seem to. Many torturers in detention centers run by Assad conceal their identities from their victims. When I was forcibly disappeared and tortured for documenting Assad’s vast torture and disappearance network, I was blindfolded day and night. I was forced to wear it so much that it had become a permanent feature of my face, like my mouth, my nose, and my forehead. If one of the guards saw one of us without the blindfold, he’d shout like a monster and severely beat us.

Today, in this court in Koblenz, Germany, the torturer does not impose his brutal measures on us - today, he sits in the dock and hides his face.

My recollections - painful and disconnected - were again interrupted. A sudden new electricity filled the courtroom. Anwar Raslan had entered the court. He didn’t conceal his identity.

In Part 2 - Mansour will focus on Anwar Raslan.