Reflections on the Syrian Torture Trial in Koblenz 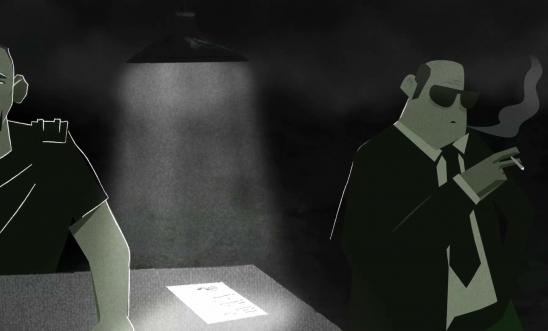 "Whoever has succumbed to torture can no longer feel at home in the world."

German prosecutors quoted these words from Holocaust survivor Jean Améry to introduce their closing argument in Koblenz, at the trial of Anwar Raslan, the former Syrian colonel.

As the curtains finally fall on the nearly two-year-long trial, the former intelligence officer was found guilty of torturing and murdering thousands of Syrians in detention. The German court sentenced Raslan to life in prison, sending a clear message that the Syrian regime is responsible for thousands of detainees' systematic torture and murder.

Raslan was a high-ranking officer in Assad's "Torture Archipelago". Raslan did not torture or kill all his 4000 victims with his own hands, but under his supervision, other Syrian government employees carried out the brutal acts. Employees like Eyad al-Ghraib, who was sentenced to imprisonment for four years and six months for aiding and abetting a crime against humanity, earlier in the same trial.

The trial itself was the first for state-sponsored torture in Syria. It provided more evidence - a court judgement in this case - to the horrors committed, and still being committed, by the Assad regime and exposed its atrocities in international media and forums. The trial also revived the international jurisdiction over grave crimes. It was a landmark trial, crucial to our long campaign to bring justice for Syrians.

For many Syrians, especially victims of torture, the trial has had a significant symbolic and emotional impact. Huge thanks must go to all the Syrians and non-Syrians who, in their own ways, have helped secure a small amount of justice and relief.

Sentencing the perpetrator and compensating the victims are two primary outcomes expected of legal proceedings in justice systems worldwide. Court proceedings themselves are also expected to be fair to the victim communities.

However, I can't say this was the case in the Koblenz trial.

The court sentenced Raslan but did not compensate his victims. International law includes clear legal obligations that states must act accordingly with the duty of reparations for victims of human rights violations. Those obligations did not emerge by design to occur within the states where the violations took place.

Sweden, for example, in the case against Mohannad Droubi for war crimes in Syria, the court ordered a financial compensation of $33,000 for the Syrian plaintiff. If the convict cannot pay it, Swedish law requires the state to pay the amount.

The compensation that the plaintiffs in the Koblenz trial missed out on includes "lost opportunities, including employment and education" and "material damages and loss of earnings, including loss of earning potential". There should also be compensation for physical or mental harm. Costs required for legal or expert assistance, medicine and medical services, and psychological and social services are essential parts of reparations, as well as "an official declaration or a judicial decision restoring the dignity, the reputation and the rights of the victim and persons closely connected with the victim;" and "public apology, including acknowledgement of the facts and acceptance of responsibility".

The UN principles adopted by the UN General Assembly also states that the victims have the right to "Access to relevant information concerning violations" and requires the "inclusion of an accurate account of the violations that occurred in international human rights law and international humanitarian law training and in educational material at all levels." Unfortunately, the Koblenz court deprived Syrians of those rights by not keeping an official archive or providing Arabic interpretation for the audience.

There is massive room for improvement in the German legal system. For example, the Frankfurt Main court said it would not provide Arabic interpretation in the trial of Alaa M, the Syrian doctor accused of torture. The court also banned viewers from taking notes during the hearing. These restrictions are strange and precisely the opposite of what Syrians working to promote human rights want to see in future trials.

Despite the overwhelmingly positive aspects of the Koblenz trial, there should be guarantees for plaintiffs' reparations and victim communities' rights. We, as Syrians, learnt from the Koblenz trial a lot and are glad that it happened. However, we must work harder to achieve better justice through universal jurisdiction, based on six key actions:

We should keep working to ensure Syrian victims are at the centre of all these processes. It is not enough to amplify the victim's voice. Victims' rights also matter. The practices by German courts to deny the victim communities their rights to follow and understand the trial in their own language deepens the gaps and disconnection between the victims and the world they live in - they 'no longer feel at home in the world'.

The justice I want

In 2012, when the jailers were dragging me out of my cell whilst beating and insulting me, I did not have time to find my right shoe in the pile of detainees' shoes. I put on the left one and continued to stumble with my back bent under their blows and insults.

It may sound trivial, but I think about that shoe I lost. Simple possessions take on extra importance in Assad's hell-holes. I want my right shoe back. I want my clothes back. They're symbolic of more significant loss - a life I had before the torture. They represent a fading memory of a life before all this hurt and loss.

I, like many Syrians, want to see justice, and I mean real justice. That means compensation for every day I lost in detention and the physical and psychological treatment I will always need. It means accountability for every jailor who tortured and insulted me, including the nurse who stuck a blue pen in my knee wound after a jailer pushed me from the top of the stairs. From the lowest to the top official, I want everyone who ordered and implemented my arrest and torture to be held accountable. I want to feel at home in our world again.

Mansour Omari is a Syrian human rights defender. He holds an LLM in Transitional Justice and Conflict. Omari works with international and Syrian human rights organisations to hold the perpetrators of international crimes in Syria accountable. In 2012, Omari was detained and tortured by the Syrian government for 356 days for documenting its atrocities while working with the Syrian Center for Media and Freedom of Expression as the supervisor of the Detainees Office.