Scores of Ahwazi Arab prisoners in Sheiban prison, Khuzestan province, require medical care for injuries caused by beatings and metal pellets fired by security forces on 31 March during protests over the spread of COVID-19 in the prison. Three prisoners, Hossein Silawi, Ali Khasraji and Naser Khafaji, remain forcibly disappeared. At least seven others, including prisoners of conscience Jaber Alboshokeh and Mokhtar Alboshokeh, have been crammed into a single cell intended for solitary confinement and are on hunger strike. 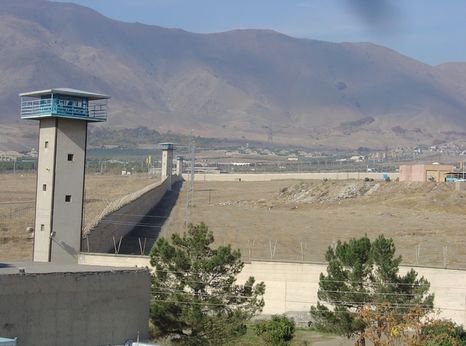 Scores of Ahwazi Arab prisoners in Sheiban prison, Khuzestan province, require medical care for injuries caused by beatings and metal pellets fired by security forces on 31 March during protests over the spread of COVID-19 in the prison. Three prisoners, Hossein Silawi, Ali Khasraji and Naser Khafaji, remain forcibly disappeared. At least seven others, including prisoners of conscience Jaber Alboshokeh and Mokhtar Alboshokeh, have been crammed into a single cell intended for solitary confinement and are on hunger strike.

Section 5 of Sheiban prison in Ahvaz, Khuzestan province is believed to house over 150 prisoners held for politically motivated reasons, including prisoners of conscience. On 31 March 2020, these prisoners, together with hundreds of others held in other sections, staged protests over fears of contracting the new coronavirus (COVID-19); shortage of sanitary products; inadequate testing, prevention and treatment measures; and the authorities’ refusal to grant prison leave. According to information obtained by Amnesty International, prison officers and security forces used unnecessary or excessive force from the outset to quash the protests. As the protests devolved into riots in some sections, with some prisoners setting items on fire, guards in riot gear indiscriminately fired live ammunition, tear gas and metal pellets at prisoners, according to reports from recently released prisoners, prisoners’ families and Ahwazi Arab human rights activists who are in contact with sources inside the prison. Based on these reports, up to 20 prisoners are feared to have died from suffocation, burns or fatal gunshot injuries and several hundred were injured.

Prisoners held in section 5 of Sheiban prison have reported that later in the day, prison officers forced them to pass through what was described by prisoners as a “tunnel of torture” leading to the prison yard. This involved prison guards standing on both sides of the prisoners and striking prisoners repeatedly on their backs and heads with batons and cables as they forced them to run from their cells to the prison yard. According to the testimony of one recently released prisoner, prisoners were forced to walk barefoot on shattered glass scattered on the path to the prison yard. Once in the prison yard, prisoners were questioned one by one over their role in the protests. Dozens were then blindfolded and transferred to an unknown location. For the next two weeks, the authorities refused to reveal their fate and whereabouts to their families. The majority were returned to section 5 of Sheiban prison by 13 April as it emerged that they had been held in a ministry of intelligence detention centre in Ahvaz, and interrogated and tortured there.

At the end of March, after reports that inmates from several prisons had tested positive for COVID-19, thousands of prisoners in at least eight prisons in Iran staged protests at the authorities’ failure to adequately protect them, sparking deadly responses from security forces. In several prisons, lethal force was used to suppress protests.

Around 36 prisoners are feared to have been killed and hundreds of others injured, according to credible sources.
Torture and other ill-treatment are absolutely prohibited under international law including Article 7 of the International Covenant on Civil and Political Rights, to which Iran is a state party. International law requires states to conduct prompt, independent and thorough investigations into all allegations of torture and other ill-treatment, bring those responsible to justice, and ensure that victims have access to an effective remedy and receive reparation, including rehabilitation. Under international law, authorities must ensure that all prisoners have prompt access to medical care.

Authorities also have a duty to provide detainees with reasonable facilities to communicate with and receive visits from family and friends. Such visits are fundamental safeguards against torture and other ill-treatment. The concealment of the fate or whereabouts of detainees constitutes enforced disappearance, which is a crime under international law.

Khuzestan province has a large Arab population who generally self-identify as “Ahwazi Arabs”. Despite Khuzestan’s natural resource wealth, the province suffers from severe socioeconomic deprivation and high levels of air and water pollution. Concentrated in poor urban outskirts lacking basic facilities, Ahwazi Arabs face discrimination in employment, housing, access to political office and the exercise of cultural, linguistic, civil and political rights. The inability to use their mother language as a medium of instruction for primary education is also a source of deep resentment and frustration.