Three death row prisoners from Iran’s Ahwazi Arab minority, Ali Khasraji, Hossein Silawi and Jasem Heidary, have sewn their lips together and been on hunger strike since 23 January 2021 in Sheiban prison in Ahvaz, Khuzestan province, in protest at their prison conditions, denial of family visits, and the ongoing threat of execution. A fourth Ahwazi Arab prisoner, Naser Khafajian, has been forcibly disappeared since April 2020, putting him at risk of torture and secret execution. 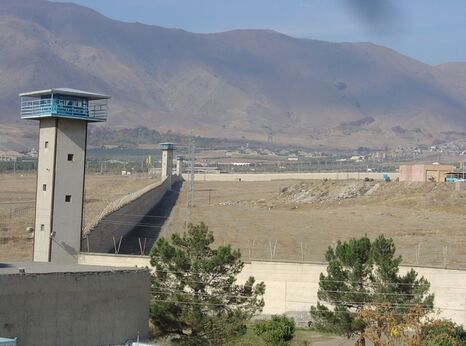 Three death row prisoners from Iran’s Ahwazi Arab minority, Ali Khasraji, Hossein Silawi and Jasem Heidary, have sewn their lips together and been on hunger strike since 23 January 2021 in Sheiban prison in Ahvaz, Khuzestan province, in protest at their prison conditions, denial of family visits, and the ongoing threat of execution. A fourth Ahwazi Arab prisoner, Naser Khafajian, has been forcibly disappeared since April 2020, putting him at risk of torture and secret execution.

In their October 2020 response to a communication from the Office of the UN High Commissioner for Human Rights (OHCHR) concerning the situation of Hossein Silawi, Ali Khasraji and Naser Khafajian, the Iranian government claimed that “the allegation of torture and abuse … is totally devoid of any standing” because torture is prohibited under Iranian law and the authorities “carry out the necessary inspections and oversight programs and deal with any violation or irregularity in a lawful manner.” Beyond this blanket denial, the government did not indicate whether an investigation had been carried out into the allegations of torture and other ill-treatment. Hossein Silawi and Ali Khasraji have said that the torture they sustained at the hands of ministry of intelligence agents while held in prolonged solitary confinement resulted in their ribs being broken. Ali Khasraji has said that he sustained injuries in one of his hands and subsequently required a surgical implant to support the healing of his broken bones. Amnesty International understands that for several months, the authorities refused to transfer him to a hospital outside prison for medical treatment, despite his hand being severely swollen and painful, and his transfer took place only after he attempted suicide in protest. In their response to the OHCHR, the Iranian government also denied that the men had been subjected to enforced disappearance. The government stated that “they are held in a very specific location directly overseen by the State Prisons …Organization, which refutes the allegation of enforced disappearance.” The government did not provide any additional information about the whereabouts of this “very specific location”. According to local Ahwazi Arab activists, Hossein Silawi and Ali Khasraji were most likely detained in a ministry of intelligence detention centre in Ahvaz between April 2020 and November 2020 when they were returned to Sheiban prison.

The Islamic Republic of Iran Broadcasting corporation (IRIB) broadcast the forced “confessions” of Hossein Silawi, Ali Khasraji and Naser Khafajian shortly after their arrest in May 2017, in breach of the presumption of innocence. In the propaganda programme, the men’s faces are blurred, and they are introduced as “Hossein S.”, “Ali Kh.” and “Naser S.” Local human rights activists have told Amnesty International that Naser Khafajian was introduced with the wrong initial. Hossein Silawi is shown giving his forced “confessions” while lying on a hospital bed, which exacerbates concerns around the coercive circumstances in which his “confessions” were extracted and filmed.
Mohammad Ali Amouri, Jaber Alboshokeh and Mokhtar Alboshokeh are sentenced to life imprisonment solely because of their peaceful work with a now-disbanded cultural rights group called Al-Hiwar (meaning “Dialogue” in Arabic). For months now, Jaber Alboshokeh has suffered from a dental infection and Mokhtar Alboshokeh from a jawbone infection, but the authorities have denied them access to a dentist. Jaber Alboshokeh is being held in the same ward as prisoners convicted of violent crimes, posing a risk to his safety and well-being. Mokhtar Alboshkeh and Jaber Alboshokeh have said that in recent months, prison officials have subjected them to beatings with batons multiple times when they have spoken out against their cruel and inhumane prison conditions.

In view of the irreversible nature of the death penalty, the proceedings in capital cases must scrupulously observe all relevant international standards protecting the right to a fair trial. Defendants must benefit from the services of competent defence counsel from the time of arrest and throughout the pre-trial, trial and appeal proceedings. They must be presumed innocent until their guilt has been proved based upon clear and convincing evidence leaving no room for an alternative explanation of the facts. Statements elicited as a result of torture or other ill-treatment must be excluded as evidence. The proceedings must guarantee the right to review of both the factual and the legal aspects of the case by a higher tribunal. The effective exercise of this right requires that individuals are provided with a public, reasoned judgement. The right to seek pardon must also be ensured. Under international law, the imposition of the death penalty following an unfair trial constitutes an arbitrary deprivation of the right to life.

Amnesty International opposes the death penalty in all cases without exception. The death penalty is a violation of the right to life and the ultimate cruel, inhuman and degrading punishment.