Azerbaijani Turkic human rights defender Alireza Farshi DizajYekan is arbitrarily detained in Greater Tehran Central Penitentiary for advocating for mother tongue rights, posting online about imprisoned activists and other peaceful activities. The Iranian authorities are denying him access to the health care he needs, including for his eye condition and high blood sugar. He is a prisoner of conscience who must be immediately and unconditionally released. 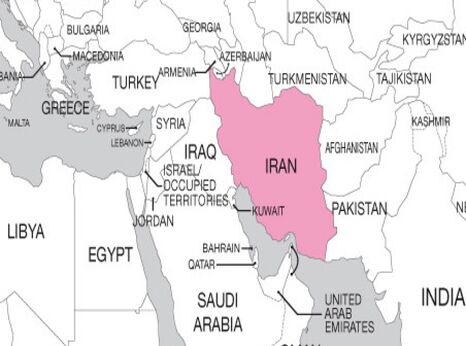 Azerbaijani Turkic human rights defender Alireza Farshi DizajYekan is arbitrarily detained in Greater Tehran Central Penitentiary for advocating for mother tongue rights, posting online about imprisoned activists and other peaceful activities. The Iranian authorities are denying him access to the health care he needs, including for his eye condition and high blood sugar. He is a prisoner of conscience who must be immediately and unconditionally released.

Alireza Farshi DizajYekan was arbitrarily arrested on 21 July 2020 to serve a two years’ imprisonment sentence following his 2017 conviction related to his peaceful human rights activities, upheld upon appeal in 2020. Alireza Farshi DizajYekan stated that during the arrest, a ministry of intelligence agent threw him flat on the asphalt, pressed down on his neck with his boot impeding his ability to breathe, and then later repeatedly slapped and punched him in the face while he was bleeding and handcuffed. Ministry of intelligence agents also confiscated and wiped clean his external hard drives, where he stored his writing, and computer coding applications he developed. He says that when he arrived to prison, despite being bloodied and in great pain, he was denied medical care for his left eye, on which he previously had surgery for an eye-condition, and other injuries sustained during the beating. After his arrest, he was taken to Tehran’s Evin prison where he repeatedly requested for the Legal Medicine Organization of Iran, a state forensic institute, to examine him and document his torture-related injuries, but his requests were dismissed. He also filed complaints with various officials to investigate his allegations of torture and other ill-treatment, but he has not been provided with any information about the status of his complaints.

In February 2017, a Revolutionary Court in Baharestan, Tehran province, sentenced Alireza Farshi DizajYekan to 15 years’ imprisonment after convicting him of “gathering and colluding to commit crimes against national security” and “founding groups with the purpose of disrupting national security” for his peaceful human rights activities in support of the rights of the Azerbaijani Turkic community, including his role in submitting a letter to the head of the UN Educational, Scientific and Cultural Organization (UNESCO) in Tehran in February 2015 seeking assistance in obtaining official permission to hold a commemorative event on International Mother Language Day in Tehran. In the verdict reviewed by Amnesty International, the court cited as “evidence” of Alireza Farshi DizajYekan’s involvement in “criminal” activity his participation in meetings in 2014 in which civil society activists discussed how to best campaign on issues related to their mother language. The court also sentenced him to two years of internal exile. In January 2020, on appeal, this sentence was reduced to two-years’ imprisonment and two-years’ internal exile. See Caught in a web of repression: Iran’s human rights defenders under attack for more about this 2017 case.

While serving this unjust two-year prison sentence, Iranian authorities pursued new criminal charges against Alireza Farshi DizajYekan. Informed sources were told that the reduction of Alireza Farshi DizajYekan’s prison sentence on appeal contributed to intelligence agents pursuing a new case against him. During the grossly unfair trial in March 2021, which he said lasted five minutes, the presiding judge denied Alireza Farshi DizajYekan’s request to defend himself and his requests for handcuffs and leg shackles to be removed in court were summarily ignored, undermining his right to the presumption of innocence. Alireza Farshi DizajYekan reports that the day the verdict was issued, the judge cited as evidence of “national security offences” acts that fall within the scope of the peaceful exercise of human rights including distributing books written in Turkish, supporting the right of minorities to use their mother tongue and posting on his Instagram account about others jailed in Iran, including Azerbaijani Turkic activist Abbas Lesani. See https://www.amnesty.org/en/documents/mde13/3130/2020/en/ for more information.

Ethnic minorities, including Ahwazi Arabs, Azerbaijani Turks, Baluchis, Kurds and Turkmen face entrenched discrimination in Iran which curtails their access to education, employment, adequate housing and political office. Despite ongoing calls for linguistic diversity, Persian is the sole language of instruction in primary and secondary education. Members of minority groups who speak out against human rights violations or demand a degree of regional self-government have been subjected to arbitrary detention, torture and other ill-treatment. In 2020, several Azerbaijani Turkic activists were sentenced to imprisonment and flogging in connection with the November 2019 protests and other peaceful activism on behalf of the Azerbaijani Turkic minority. Two activists had their flogging sentences carried out. See Trampling humanity: mass arrests, disappearances and torture since Iran’s November 2019 protests for more information.