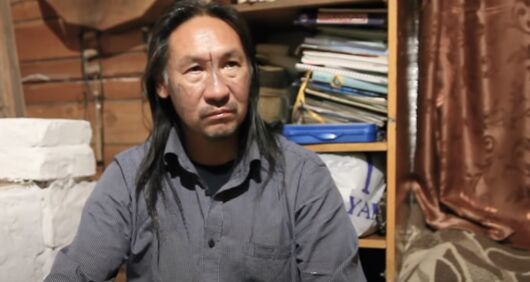 On 22 July, Siberian shaman Aleksandr Gabyshev was released from the Yakut Republican Psychoneurological Dispensary where he was forcibly placed on 12 May. His defence team managed to obtain a psychological and psychiatric examination of Aleksandr Gabyshev on 21 July and after that the medical commission of the Yakut Republican Psychoneurological Dispensary decided to discharge him.

Aleksandr Gabyshev was targeted for his open criticism of the authorities. In 2019 he became known for starting a walking journey from Yakutsk, in east Siberia, to Moscow where he promised to “purge” Russian President Vladimir Putin from Kremlin. His journey was unlawfully halted by police in September 2019 and he was forced to return to Yakutsk.

On 12 May 2020, riot police accompanied by several medics forcibly entered his home and took him to the Yakut Republican Psychoneurological Dispensary purportedly because he refused to be tested for COVID-19. According to his lawyer, Aleksandr Gabyshev was forced to sign a consent form to be hospitalised for observation for two weeks. Aleksandr Gabyshev tested negative for COVID-19 and on 29 May, he requested to be released. Instead, a medical commission was promptly formed that concluded that he posed a “danger to himself and to others”. The Director of the Dispensary sought approval from the Yakutsky City Court to extend Aleksandr Gabyshev’s confinement and argued that his patient “suffers from over-valuing of his personality” and that he had expressed ideas intended “to harm the government.” On 2 June, the court approved the forcible and indefinite hospitalisation of Aleksandr Gabyshev.

Aleksandr Gabyshev’s forcible hospitalisation at a psychiatric hospital was a case of punitive psychiatry and an egregious violation of his rights to liberty and to freedom of expression. Amnesty International welcomes his release from indefinite psychiatric detention which is believed to be a result of the international pressure and the visibility given to the case.