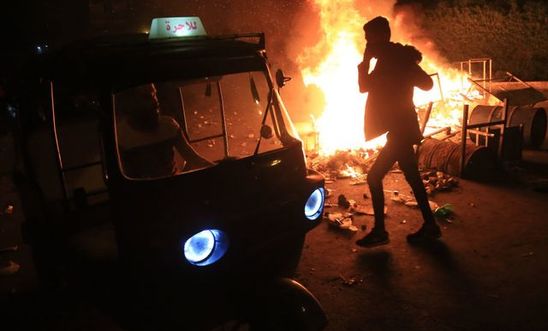 In past two weeks, activists and protesters shot dead in streets or abducted on way home from demonstrations

Amnesty International has called on the Iraqi authorities to put an immediate end to a wave of abductions and deliberate killings of activists and protesters in Baghdad and other cities.

Amnesty has gathered testimonies from nine activists, protesters and relatives of missing activists from Baghdad, Karbala and Diwaniya, who have described a “campaign of terror”. Activists say “nowhere is safe”, with one protester in Baghdad telling Amnesty:

“You cannot imagine the level of fear that we all feel now. But running away is no use. Clearly, they know where activists live. They know where our families are.”

In the past two weeks, protesters and activists have been targeted in a wave of killings and abductions, mostly as people were on their way home from protests. Other protesters managed to escape after attempts were made to shoot or abduct them.

On 8 December, activist Fahem al-Tai was reportedly gunned down in the city of Karbala, while the body of another activist, Ali Najm al-Lami, was discovered in Baghdad in the early hours of 11 December with gunshot wounds to the head. According to activists and witnesses Amnesty spoke to, Ali Najm al-Lami had been on the way to his relatives’ home from protests in Tahrir Square. Another eyewitness told Amnesty that earlier this week masked men in a car shot at three protesters on their way home to east Baghdad from Tahrir Square - two were injured.

One protester from Baghdad told Amnesty:

“They shot at us, sniped us, and now they’re waiting for us in alleyways and near our homes.”

Another protester from Baghdad said:

“They [gunmen] are everywhere but we cannot see them. There are streets [in Baghdad] that protesters avoid entirely because people disappear in their alleyways. There are protesters who have not left Tahrir Square for weeks because they do not want to risk the way home.”

One protester from Diwaniya described how he and another protester escaped after armed men fired shots at their car after stopping them and asking them to get out of their vehicle. The protester said he informed the local authorities, pointing out CCTV cameras at the scene of the incident, but was told the cameras did not work. Officials later confirmed to witnesses that the gunmen were members of the local police.

“The authorities’ utter lack of action over the past weeks has paved the way for this horrifying new stage in what is clearly a full-on attempt to crush the protests in Iraq through instilling fear among the population.

“The fact that the Government has resigned doesn’t mean it can abdicate its responsibilities.

“The inaction of the Government indicates at the very least, acquiescence, and in some cases complicity, in the enforced disappearances, torture and unlawful killings of people who are on the streets to claim their human rights.

“The international community must urgently speak up and address the alarming situation in Iraq, as it takes a new dangerous turn and risks escalating further.”

Security forces use of lethal force

Since mass protests began on 1 October, Amnesty has documented the security forces’ lethal use of live ammunition against peaceful protesters, their use of military-grade tear gas canisters causing horrific lethal injuries, as well as abductions and enforced disappearances.