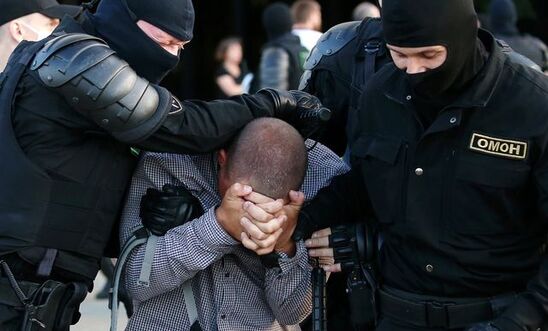 Reports that hundreds were tortured in detention

‘We are concerned that if the authorities’ actions go unchallenged, more blood will be spilled on the streets of Belarus’ - Marie Struthers

The UN Human Rights Council must urgently convene a special session to address the human rights crisis in Belarus, Amnesty International and 15 other international and Belarusian NGOs said today in an open letter.

The joint letter expresses the organisations’ “utmost concern” over “widespread violations of human rights, including arbitrary arrests, prosecutions under trumped-up charges, and torture and other ill-treatment”.

The letter calls on the council to adopt a resolution requesting the UN High Commissioner for Human Rights to monitor and report on human rights abuses in Belarus with “a view to ensuring full accountability”.

“The UN Human Rights Council should mandate an international investigation into human rights violations and crimes under international law committed in the lead-up to, during and after the presidential election, with a view to swiftly deterring further serious violations.

“We are concerned that if the authorities’ actions go unchallenged, more blood will be spilled on the streets of Belarus.”

In the three days after the 9 August presidential election, the authorities in Belarus confirmed the arrest of at least 6,700 protesters. According to Viasna Human Rights Center, at least 450 of the detainees reported being tortured or otherwise ill-treated - including through severe beatings, being forced to perform humiliating acts, being threatened with rape and other forms of violence - while held in incommunicado detention for up to ten days.

Since 12 August, the authorities have taken steps to de-escalate the situation, refraining from mass arrests and releasing those detained. However, the threats against peaceful protesters recently made by President Alyaksandr Lukashenka and his subordinates together with the recent deployment of the armed forces in the country’s capital Minsk and elsewhere, signal a possible new spiral of violence and accompanying human rights violations.