The Rohingya need a sustainable solution before it’s too late 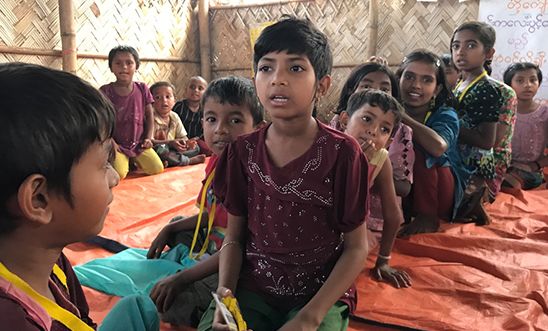 The process of sending Rohingya refugees back to Myanmar was due to start today. A last-minute postponement has come as temporary relief, but the fact remains: these people need a sustainable solution.

The total number of Rohingya in Bangladesh is now one million following a horrific campaign of ethnic cleansing in Myanmar that intensified in August 2017.

I spent last week in the refugee camps outside Cox's Bazar. I was there to talk to some of those fleeing Rohingya refugees who may be sent back to Myanmar very shortly, to find out how they were feeling about being repatriated to a place where they have faced appalling discrimination and violence.

Along with BRAC and other NGOs, we are keen to amplify the voices of the Rohingya as the Myanmar, Bangladesh and other governments make decisions on what will happen to them next. 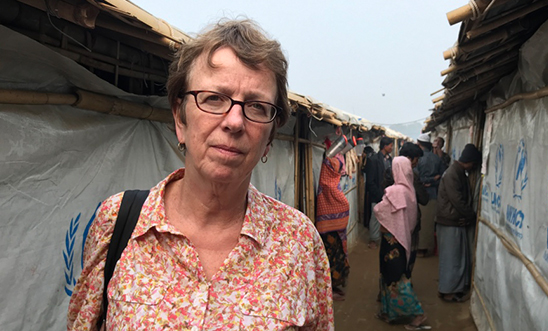 I travelled to some of the temporary camps that have appeared in the last few months. At the Balukhali camp, I was struck by the image of houses built tightly around and on top of one another. Access to the area itself is tricky as there was an unstable bridge from one part of the camp to another (difficult especially for children and the elderly), and the toilets looked close to collapse. I couldn’t help but wonder how any of this will remain standing once the monsoons hit.

I met some Rohingya who told me their incomprehensibly heartbreaking stories of struggle and loss. The woman who travelled for eight days with her nine children after seeing her neighbours killed. The couple whose two sons, aged 18 and 21, were murdered by the Myanmar military as they tried to walk home. The man whose mother was shot and killed as she tried to run away.

No home to go back to

These stories are everywhere. Which is why it is completely understandable that most of the people I spoke with don’t want to return without the promise of safety. They’re worried they’ll die if they go back, and most don’t even have homes to return to – they were burned to the ground. So instead they could be sent to transit camps in Myanmar, back to the very people they were trying desperately to get away from. 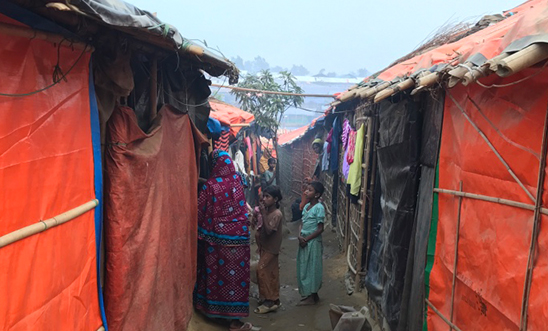 I also spent some time in Kutapalong, which holds one of the biggest camps housing over 550,000 people – that’s roughly the population of Luxembourg.

Both camps I visited were full of children. They are malnourished, and I saw children displaying the classic symptoms of stunted growth. I visited a makeshift child-friendly space and was humbled to see everyone excitedly playing and singing – exactly how children should be. But then I am also saddened by an overwhelming feeling of fear about their futures. What will happen to them? If the previous treatment of Rohingyas is anything to go by, they won’t receive much of an education – if at all – and the girls in particular will be extremely vulnerable to exploitation.

In fact, the treatment of girls (and boys) and women is another alarming concern. Women don’t even leave their dwellings after dark, for fear of being attacked. And there is a constant worry that children may be trafficked – I heard rumours of “no-go” areas, where boys and girls are being openly bought and sold. If this is true, it is completely sickening and action to tackle this must be taken by the authorities immediately.

This situation cannot go on

My short time in Bangladesh showed me that this situation cannot go on. A life living in a temporary camp surrounded by swampy water where there is always the risk of malaria or dengue fever is not a life. A life being terrified that if you do go back to what is left of home, you and your family might be killed is not a life.

See more from my visit to Bangladesh in the gallery: 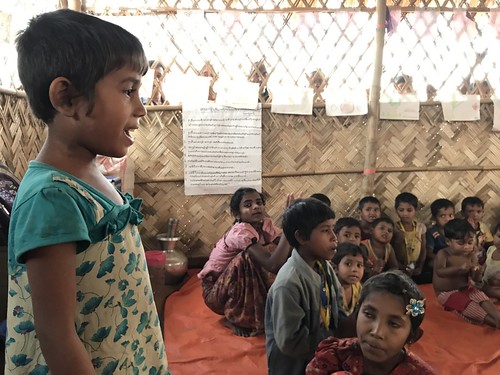 So, what happens next? Potentially, the Rohingya have a choice of life in a Bangladesh camp or a return and possible death at the hands of the Myanmar military.

With memories of rape, killing and torture still fresh in the minds of Rohingya refugees, it seems to us at Amnesty that plans for their return to Myanmar are alarmingly premature. They just don’t want to go back, and for good reason.

Just imagine for a moment being in their position – facing the terrifying prospect of returned to a regime which has been accused by Amnesty and the UN of ethnic cleansing.

A safe and dignified return

Their return cannot be safe or dignified until there is a fundamental change in Myanmar, including accountability for the horrific crimes against humanity that have taken place.

What I saw last week was distressing and frustrating, but we are continuing to work to convince key decision makers to show some humanity by doing the right thing by the Rohingya.

You can also play a part by signing our petition to end the violence in Myanmar. You can also share this on Facebook and Twitter to expose the truth about the ongoing plight of the Rohingya. The world must know what is happening, before it is too late.