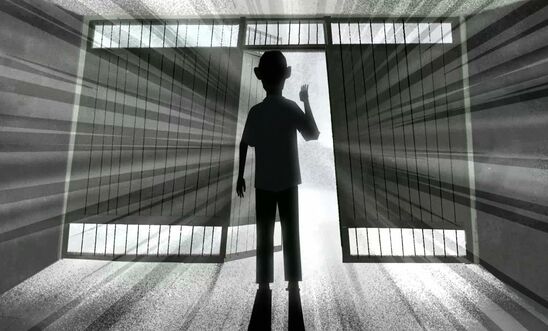 Earlier this year, on April 23, a monumental event happened. The first ever trial about Syrian state torture started in Koblenz, Germany. The German prosecution charged two Syrians, Anwar Raslan and Iyad Al-Gharib, with committing crimes against humanity in Syria. For a former detainee, torture survivor and human rights defender like me, this day was a ground breaking development and gave a boost to so many Syrians who’ve lived through decades of injustice. The trial raises many questions of course. How was it possible? Where can I place it in the context of the wider, more comprehensive justice demanded by Syrians? What are the lessons this trial offers on our long road to justice? I aim to address these in subsequent articles.

What made the Koblenz Torture Trial possible?

This trial is unusual in several ways. The German police did not go to any crime scene to collect evidence. Instead, evidence was brought from overseas for the German authorities to investigate. The evidence came to Germany through witnesses, victims, and material evidence collected from Syria during brave and risky operations, by Syrian lawyers, activists, and others. The defendants came to Germany as refugees, so did the plaintiffs who carried hopes for justice and hopes for a safe Syria they could one day return to.

The context of the crimes was also conveyed to Germany and beyond by numerous credible and professional reports and investigations conducted by both Syrian and international human rights groups like Amnesty International. Information about intelligence Branch 251 - for which the defendants worked - and other branches of Assad’s gruesome network of torture chambers helped build a picture of the regimes crimes against humanity strategy.  Those reports would not have been possible without the assistance of numerous Syrian human rights activists who contributed to the research.

There are several elements that should exist before a case reaches a court, including jurisdiction, witnesses, physical evidence, and documentation. But in the case of this trial, all those elements were not the typical ones.

Most of the victims and witnesses are Syrian refugees in Germany and other EU countries. If there were no brave victims presenting their testimonies in the courts, this trial would probably not have come to light.

The Caesar photos still have the power to shock to this day - even more so when you know people who found out their child or husband or daughter were amongst the gruesome collection. These photos offer some of the strongest evidence of the Assad regimes systematic and widespread killing of detainees under torture.

How did the paper evidence arrive at the court?

The Commission for International Justice and Accountability (CIJA) and The Syria Justice & Accountability Centre (SJAC) with the help of a network of Syrian activists started smuggling classified Syrian government documents out of the country in 2012. Some of these activists were killed, wounded, or arrested while smuggling those documents.

The first casualty was shot and wounded in 2012 as he ran toward a smuggling route out of Syria with a suitcase full of documents. Others were injured during extractions. The brother of the commission’s deputy chief investigator was killed in an ambush by Syrian troops. A Syrian woman investigator was captured in 2014 and detained by the Syrian regime. Several other Syrians involved in smuggling the documents were kidnapped by jihadi groups and freed later. We Syrians who believe in credible justice, human rights and the rule of law salute all those brave Syrians who gave up their lives to help in our long struggle for justice - many can’t be named but we remember them all.

Whilst some activists did not complete their missions to smuggle documents out of Syria, many more thankfully did. Around 800,000 original documents issued by the Syrian regime including political, military and state security branches were extracted and are stored by CIJA in a secret location in Europe. Those documents are now being used to build legal cases of war crimes and crimes against humanity committed by the Syrian regime, including at the Koblenz trial.

If the defendants, Anwar Raslan and Iyad Al-Gharib were not in Germany, they would not have been on trial. This is true, but also if there was no evidence and documents available the trial would not have started. The Koblenz torture trial shows the vital role of documentation, collective effort and not letting cynicism and despair overshadow the desire for justice. The trial only became possible because of the collective work by Syrians and their international partners who didn’t give up on solidarity and justice. They believed that justice would start someday and gave up so much to prepare the evidence for the Koblenz trial and other future trials - of which there will certainly be more.

Mansour Omari is a Syrian human rights defender. He holds a Master of Laws degree (LLM) in Transitional Justice and Conflict from the University of East London