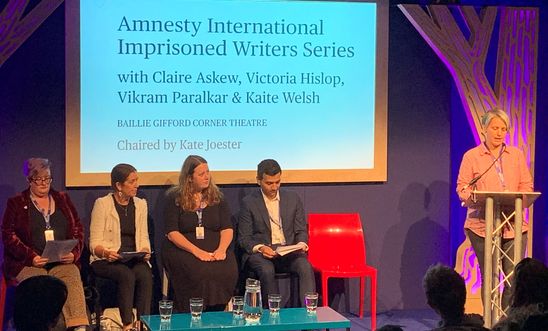 Estimates suggest that around 1 per cent of the population might identify as trans, including people who identify as non-binary. Many people know they’re trans from a young age. Some trans people might not have the language or understanding of what it means to be trans until later in life. But it is always something innate and absolutely core to your sense of self. It’s not something that’s a fad, a 'lifestyle choice' or something that comes and goes.

It is an essential part of who you are that can’t be changed. If you aren’t recognised as being the gender you know you are, it’s extremely damaging.

Trans, non-binary and gender non-conforming people face all kinds of challenges in different regions, from legal discrimination to physical violence. While the situation in the UK may be better than in some other countries, the recent efforts to stop education on LGBT+ issues in schools and the proliferation of transphobic rhetoric – particularly online – show that the UK is far from innocent of transphobia and discrimination.

It can be difficult challenging friends and family when they are making transphobic comments, but it's important to address and challenge what they are saying. For trans people, this can be a very draining and distressing experience. Having the support of others can really help ensure we are challenging these toxic attitudes which seek to dehumanise and devalue the lives and experiences of trans and non-binary people together.

Trans rights are human rights. And non-trans people must stand up alongside trans people to fight for those rights.

As readers, and writers, we all know the power of the written word: It can transport us to another time and place, into the skin of another being, allow us to feel a shared reality and to experience circumstances we might never encounter in our daily lives.

It can also be alienating to never read about people like yourself, to never encounter a character who faced the same challenges you confront.

Conversely, reading can provide a means of understanding a situation that we might struggle to come to terms with. By seeing the world through the eyes of another, we can develop awareness and empathy, including for those who may be denied their rights, fighting for their rights or suffering the consequences of their rights not being respected.

Today we will hear from trans authors and campaigners. We are sharing their voices because by listening to trans people we can better understand, support and respect them.

Gwen Benaway is of Anishinaabe and Métis descent. An emerging Two-Spirited Trans poet, she has been described as the spiritual love child of Thomson Highway and Anne Sexton. She was a finalist for the Dayne Ogilvie Prize for LGBTQ writers from the Writer’s Trust of Canada and the Lambda Literary Award for Trans Poetry. The poems we will hear today were published in the Asymptote Journal.

Imogen Binnie’s novel Nevada won a 2013 Museum of Trans History Award and was shortlisted for the Lambda Literary Awards. Known as ‘the Lammys’, the award has celebrated excellence in LGBTQ publishing for over 30 years. Previous winners include Sarah Waters, Jeanette Winterson, Colm Tóibín and Alison Bechdel. It also spawned a Facebook discussion group: ‘People Who Need to Talk About Nevada by Imogen Binnie’. You can read Nevada for free here.

A transgender first-generation American, Calvin Gimpelevich’s work deals with immigration, politics, subcultures, gender, and class. Today’s reading is an extract of a story that features in his debut collection Invasions, finalist for the 2019 Lambda Literary Award for Transgender Fiction.

CeCe McDonald was sentenced to forty-one months in prison for stabbing the assailiant in a racist, transphobic attack against her. Her placement and solitary confinement in a men’s correction facility galvanised international support for McDonald. In her prison letter, from which today’s reading is taken, she develops a sharp critique of racism and trans-misogyny in the criminal justice system. The letter is extracted from the collection Go Beyond Our Natural Selves from Transgender Studies Quarterly.

If you have been inspired by today’s readings, you can take action for trans rights activist Alejandra, a Salvadorian activist who could be deported from the US at any moment, putting her in grave danger of transphobic attacks in El Salvador. She is currently being held at a U.S. Immigration and Customs Enforcement (ICE) correctional centre. Please email ICE and demand her release.