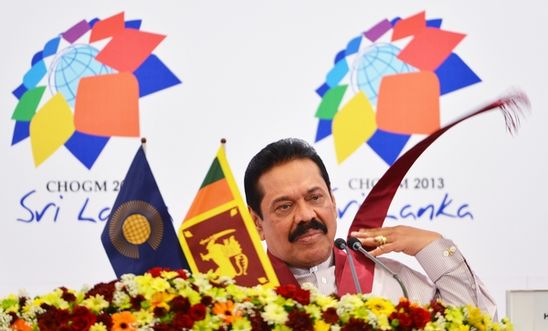 Now that the Commonwealth Heads of Government meeting in Colombo is over, we are calling on the international community to keep up its pressure on the Sri Lankan government to address its human rights crisis.

Ahead of the meeting, which saw the leaders of Commonwealth countries all over the world gather in Sri Lanka's capital, Colombo, more than 10,000 Amnesty supporters called on the UK Government to send a clear message that Sri Lanka's human rights abuses would not be given a seal of approval.

Sri Lanka may well regret having hosted the Commonwealth summit which has proved a PR disaster for the government. Most of the focus has rightly been on the country’s appalling human rights record.

Backing the call already made by UN human rights chief Navi Pillay, Prime Minister David Cameron said that if no credible domestic investigations are carried out by March 2014, there should be an international inquiry.

Prime Minister Navin Ramgoolam of Mauritius, who boycotted the Commonwealth Heads of Government meeting over Sri Lanka’s human rights, stressed that Sri Lanka must cooperate with such an inquiry.

An estimated 40,000 civilians were killed in the final weeks of Sri Lanka’s armed conflict, which ended in May 2009. Corralled into government 'No Fire Zones' on northern beaches, civilians were shelled and hospitals deliberately bombed. The opposition Tamil Tigers (LTTE) conscripted child soldiers, used civilians as human shields against the approaching army and shot those who tried to escape. People trapped by the fighting were deprived of food, water and medical care.

There has still been no independent, international investigation into these alleged war crimes and crimes against humanity - and therefore no justice for the victims.

Since the war ended, the Sri Lankan government has cracked down on dissent in a bid to increase its hold on power. The torture and disappearances that became entrenched during the years of conflict continue with impunity. The authorities threaten and harass media activists, students and even artists – often relying on counter-terrorism laws to detain critics for extended periods of time.

Fifteen journalists have been murdered since 2006, and disappearances involving white vans are so common they have become known as ‘white van abductions’.

During the Commonwealth summit the Sri Lankan military blocked scores of family members of 'disappeared' people from attending a human rights vigil in Colombo.

The strong words by the UK and others have bolstered calls for an international investigation into credible war crimes allegations. But we need action, not just words. The upcoming UN Human Rights Council session in March can and must establish the international inquiry that is long overdue.

The challenge for the international community is now to keep up the pressure on the Sri Lankan government. Those responsible for past violations, including war crimes, must be held accountable, and on-going human rights violations stopped irrespective of rank - victims and survivors must see justice done. The past week has provided clear examples of the government’s repressive tactics

At the meeting the Commonwealth confirmed Sri Lanka as the organisation’s Chair for the next two years. The country will also serve on the Commonwealth Ministerial Action Group, the body charged with monitoring human rights in member states.

By awarding Sri Lanka these honours, the Commonwealth has confirmed its failure to address the country’s human rights crisis.

It beggars belief that a country with Sri Lanka’s appalling human rights record can be accorded this honour.