What was the UK's role in CIA torture? 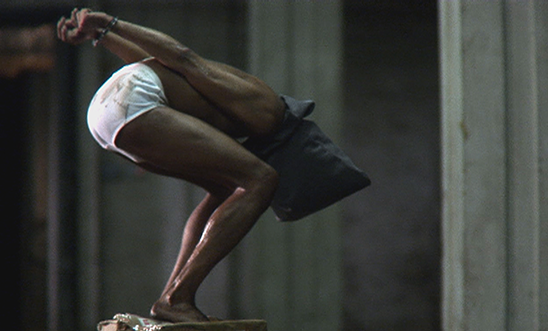 A damning report from the US Senate reveals how the CIA used waterboarding, ‘rectal feeding’, mock executions, sleep deprivation, stress positions and other cruel and degrading treatment against detainees. But we still don’t know how deeply the UK was involved.

The long-overdue release of Guantánamo detainee Shaker Aamer, who claims MI5 agents were present when he was abused in Afghanistan, highlights the urgent need for an independent, judge-led inquiry into the UK’s role in the CIA torture and rendition programme.

The public, heavily redacted torture report summary highlights some of the gruesome details of the torture methods used in secret CIA-run prisons across the world. It details how the CIA used waterboarding, mock executions, 'rectal feeding', sleep deprivation, stress positions and other cruel, inhuman and degrading treatment against detainees.

Handcuffed CIA prisoner hanging from bar 22 hours a day for two days. "was wearing a diaper and had no access to toilet facilities".

As well as some of the horrific effects the interrogation techniques had on the detainees themselves - including hallucinations, paranoia, insomnia, and attempts at self-harm and self-mutilation. But the CIA and other US authorities did not act alone.

Many people were allegedly subjected to torture and rendition during the global counter-terrorism programme operated by US government and its allies after the attacks of 9/11. That includes the UK.

It is time for the UK government to properly investigate our country’s role in the programme of torture and rendition.

In 2010, David Cameron said that 'for public confidence, and for independence from parliament, party and government, it is right to have a judge-led inquiry.' He added: 'that is what we need to get to the bottom of the case. The fact that it is led by a judge will help ensure that we get it done properly'.

Now he’s trying to fob off the British public by allowing a completely inadequate UK investigation that is neither independent nor judge-led.

Astoundingly, David Cameron told the press he is 'confident this issue has been dealt with from the British perspective'.

Time for an independent inquiry

We’re calling for a thorough, impartial, independent, judge-led inquiry which will finally reveal the truth about the UK’s involvement in this shocking programme of torture and rendition.

‘While the ugly truth about US ‘war on terror’ torture is gradually emerging, we still don't know how far Britain was dragged into the mire.’