About us
Amnesty International UK

What are human rights? 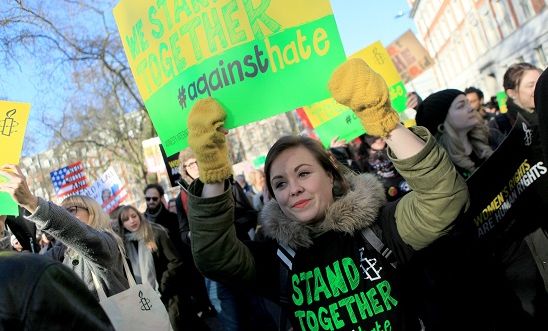 Human rights are the fundamental rights and freedoms that belong to every single one of us, anywhere in the world. Human rights apply no matter where you are from, what you believe in, or how you choose to live your life.

Human rights can never be taken away, but they can sometimes be restricted – for example if a person breaks the law, or in the interests of national security. These rights and freedoms are based on values like dignity, fairness, equality, respect and independence. But human rights are not just abstract concepts – they are defined and protected by law.

After the horrors of the Second World War, a document was written specifically to outline and protect every single human being’s basic rights. In 1948, the United Nations Universal Declaration of Human Rights was established to do exactly that.

Seven decades on, and the rights they included continue to form the basis for all international human rights law.

The UDHR remains fundamental to Amnesty’s work. It provides the bedrock of most of our campaigning, and it helps us to hold authorities to account when rights are abused.

Find out more about the Universal Declaration of Human Rights.

The basics of human rights

Human rights have some key qualities, agreed by the international community.

They must be recognised as:

• Universal: they belong to every single person
• Inalienable: they cannot be taken away from us
• Indivisible and interdependent: governments should not be able to pick and choose which rights are respected.

Watch our video to find out why human rights are for everybody:

Why should you care about human rights?

Human rights are not just about the law. They are also about the decisions we make and situations we experience on a daily basis.

If we feel annoyed with something a politician does, most of us wouldn’t think twice about talking about it with our friends online or in a pub. But when you do, you are exercising a human right - your right to free speech.

That’s the thing about human rights. When they are being respected they go almost unnoticed. Most children in the UK don’t wake up on a school day celebrating their ability to exercise their right to education. But those who have fled countries in which they were denied the right to go to school may well appreciate it that bit more.

Our human rights in the UK

In the United Kingdom our human rights are currently protected under the Human Rights Act 1998 – it sets out the fundamental rights and freedoms that everyone in the UK is entitled to.

Steve’s brother Michael was an experienced football supporter, when he died at Hillsborough the shock was huge. Steve has been fighting for justice for over 27 years. He used the Human Rights Act to expose the truth about what really happened:

The Human Rights Act is currently under threat as the UK government has pledged to scrap it a number of times. We must not let politicians turn universal freedoms into privileges for a chosen few, leaving ordinary people in the UK without access to justice if the authorities let them down.

Find out how you can help save the Human Rights Act.

Stand up against human rights abuses

We often take our human rights for granted, because they are based on principles that are intuitive - dignity, fairness, equality, respect and autonomy. More often than not, it is only when our rights are being violated that we stand up and take notice.

Unfortunately human rights abuses are rife – thousands of people across the world are denied a fair trial, tortured and imprisoned because of what they think or believe. Civilians are targeted at times of war. Children are forced to fight. Rape is used as a weapon.

Become of a member of Amnesty to stand up for human rights today.