Independent journalist imprisoned for a year

Independent journalist Daler Sharipov was found guilty of trumped up charges of “inciting religious discord” by a court in Tajikistan on 16 April and sentenced to one year in prison. He is a prisoner of conscience, convicted solely for exercising his right to freedom of expression, and must be released immediately and unconditionally. He remains at risk of torture and of contracting COVID-19 in detention. 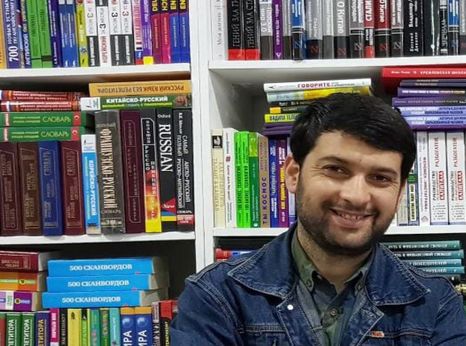 Independent journalist Daler Sharipov was found guilty of trumped up charges of “inciting religious discord” by a court in Tajikistan on 16 April and sentenced to one year in prison. He is a prisoner of conscience, convicted solely for exercising his right to freedom of expression, and must be released immediately and unconditionally. He remains at risk of torture and of contracting COVID-19 in detention.

Daler Sharipov is a well-known journalist in Tajikistan who used to work for the independent newspaper Ozodagon, until its closure in 2019 after years of harassment by the authorities. On 28 January Daler Sharipov was detained by officers of the State Committee for National Security (SNCS) for allegedly “inciting religious discord” under Article 189 of the Criminal Code. On 30 January he appeared at Ismoili Somoni District Court in Dushanbe, which placed him in pre-trial detention for two months. On 1 February the Prosecutor General’s Office issued a statement accusing Daler Sharipov of publishing “extremist” articles on religious matters and alleged that he was linked to a banned extremist organization.

His lawyer was initially denied access to him which prompted concern about torture. Over the years, the work of the SNCS, in whose custody he was at the time, has been marred by numerous allegations of abusive practices and serious human rights violations, including the use of torture and other ill-treatment.

On 30 March the Prosecutor General’s Office concluded its investigation and handed the case file to the court. The trial opened on 15 April at Shohmansur District Court in Dushanbe. It was open to the public, but the judge restricted numbers in the court-room because of social distancing precautions due to the COVID-19 pandemic.The prosecutor asked for Daler Sharipov to be sentenced to two years and four months in prison in relation to a hundred copies of dissertation discussing Islam and extremism, which he had published and distributed unofficially. The court convicted him on 16 April and sentenced him to one year in prison, that were reduced to nine months because of time already served in pre-trial detention.

His lawyer has said that during his closing statement in court Daler Sharipov rejected the charge against him but admitted that he might have made mistakes in the dissertation on which the judge based his verdict. His lawyer also told journalists that Daler Sharipov does not want to lodge an appeal against his sentence.

Article 189 of the Criminal Code, under which Daler Sharipov has been convicted, uses a very broad definition of “extremism” and is often used by the government against its critics, including lawyers, political activists and journalists. It carries a prison sentence of up to 12 years. Those imprisoned under Article 189 have included two prisoners of conscience. Khairullo Mirsaidov, an independent journalist, currently in exile, was detained on 5 December 2017 after publishing an open letter addressed to the President of Tajikistan detailing corruption of local authorities. He spent nine months in detention (https://www.amnesty.org/en/latest/news/2018/08/tajikistan-release-of-in…). Human rights lawyer Buzurgmehr Yorov was found guilty and sentenced to 25 years in prison in 2015 on several charges, including under Article 189, following his work as a lawyer in cases of individuals associated with political opposition. In 2019 his sentence was reduced to 22 years as part of an amnesty (https://www.amnesty.org/en/documents/eur60/6266/2017/en/).

In 2019, the UN Human Rights Committee expressed its concern about “Harassment of independent journalists and media workers for critically reporting on State policies and on other matters of public interest, including through […] prosecutions on allegedly trumped-up charges”, and recommended that the authorities of Tajikistan “[e]nsure the effective protection of independent journalists and media workers against any form of intimidation and refrain from using civil and criminal provisions, including the provisions on extremism, as well as other regulations, as a tool to suppress critical reporting on matters of public interest.”

The authorities are denying that there are any cases of COVID-19 in Tajikistan. Nevertheless, they have been imposing some measures to mitigate the risk of COVID-19 spreading, such as shutting the borders and closing all detention facilities to visitors.

In 2019 the UN Human Rights Committee recommended that the government of Tajikistan urgently address conditions in detention with regard to the treatment of prisoners, harsh punishment regimes, overcrowding, poor sanitary facilities, as well as the lack of adequate medical care. Such conditions encourage the spread of infectious disease and make prisoners particularly vulnerable to COVID-19.