On 28 April, the Court of Appeal upheld the prison sentence against activists and journalists Sherwan Sherwani, Guhdar Zebari, Hariwan Isaa, Ayaz Karam and Shvan Saeed. On 16 February, the Erbil Criminal Court had sentenced the five men to six years in prison following unfair trials, based on trumped up charges. They must be immediately and unconditionally released. 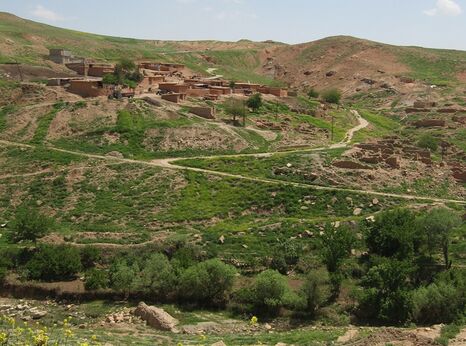 On 28 April, the Court of Appeal upheld the prison sentence against activists and journalists Sherwan Sherwani, Guhdar Zebari, Hariwan Isaa, Ayaz Karam and Shvan Saeed. On 16 February, the Erbil Criminal Court had sentenced the five men to six years in prison following unfair trials, based on trumped up charges. They must be immediately and unconditionally released.

The Kurdish security forces Asayish arrested all five activists and journalists in October 2020 and they were immediately charged with “being spies” and “destabilizing national security”. In the case documents made available to the lawyer, Sherwan Sherwani was accused of being a spy based on his activism and travel to attend journalism trainings abroad. The lawyer was not able to review the case documents of the others.

On 16 February, the Erbil Criminal Court sentenced the five activists and journalists based on apparently trumped-up charges of “destabilizing the security and stability of the Kurdistan Region of Iraq (KR-I)” under Article 1 of Law No. 21 (2003).

KR-I Prime Minister Masrour Barzani had previously claimed the detainees were spies and saboteurs and accused them of working for foreign governments to plot terrorist attacks. Dr. Zebari, KRG’s Coordinator for International Advocacy, denied that the five activists and journalists were sentenced for their journalistic work.

According to information available to Amnesty International, Asayish forces raided the homes or place of work of all five journalists and activists, arrested them and in some cases the arrests were accompanied by violence. In one case, the Asayish pulled Guhdar Zebari from his bed, covered his eyes and handcuffed him without even presenting an arrest warrant. In another case, the Asayish and local Erbil police- arriving in six police cars and 4-wheel-drive cars- surrounded the home of Sherwan Sherwani at approximately 4:30pm on 7 October 2020, in the city of Erbil, and immediately trapped members of his family in a room in the house. Asayish members proceeded to raid Sherwan Sherwani’s home, confiscating electronics, including his laptop, camera, phone and documents before putting him in handcuffs. They held him at gun point and then dragged him out of the house.

Amnesty International has received a copy of the verdict which stated that all five men were sentenced to prison based on the provisions of Article 1 of Law No. 21 of 2003 issued by the Parliament of the Kurdistan Region and Articles 47, 48 and 49 of the Iraqi Penal Code. The court also decided to place them under police surveillance for a period of five years after the completion of their sentences, and to confiscate their mobile phones, laptops and cameras. Following the sentencing of the five journalists, the court issued an arrest warrant for the brother of Shvan Saeed, Ayhan Saeed. Two additional arrests warrants were also issued for journalist Difaa Harki and activist Qaidar Hussein. All three arrest warrants mention charges of national security under the Law 21.

Amnesty International has in the past documented the violent dispersal and mass and pre-emptive arrest of protesters in the KR-I and specifically in the governorate of Duhok. In January 2020, Asayish members carried out a wave of arrests in the governorate of Duhok, of tens of protesters, activists, journalists, and individuals who may have been bystanders during a protest. Asayish members also arrested a journalist and two online activists in the area of Baadre, Duhok governorate, who according to their relatives, were on their way to Duhok to join a peaceful gathering.