Political activist Ebrahim Babaei was forcibly disappeared by Iranian authorities amidst his efforts to flee Iran on 21 December 2021 to escape unjust sentences consisting of imprisonment and flogging. His fate and whereabouts remain concealed from his family and he is at risk of torture and other ill-treatment. 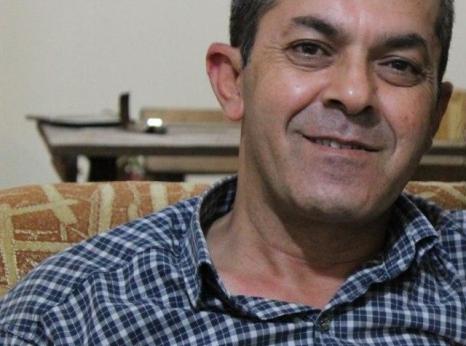 Political activist Ebrahim Babaei was forcibly disappeared by Iranian authorities amidst his efforts to flee Iran on 21 December 2021 to escape unjust sentences consisting of imprisonment and flogging. His fate and whereabouts remain concealed from his family and he is at risk of torture and other ill-treatment.

Following Ebrahim Babaei’s disappearance, smugglers initially told his family that he was in the Turkish city of Van but then, several days later, claimed that he had died in the home of one of the smugglers near Van and that his body was in the custody of the Turkish police who transferred it to a hospital where an autopsy was performed. The smugglers’ final explanation to his daughter Shima Babaei was that he had died in the remote Turkish village of Ozalp, which is around 10 miles from the border with Iran, and that she should go to Ozalp to collect his body. According to the family’s lawyer in Turkey, who followed up with the Turkish authorities to verify these claims, including morgues, hospitals and the security police in Van, the city council and police in Ozalp, as well as Turkish border guards, the Turkish authorities confirmed that they had not received a body matching Ebrahim Babaei’s description during this time period. The Turkish authorities also told the family’s lawyer that, based on their investigations, Ebrahim Babaei never entered Turkey.

In previous years, Ebrahim Babaei was subjected to years of arbitrary arrest and detention, unfair trial, and torture and other ill-treatment in Iran because of the peaceful exercise of his human rights, including political activism and publicly supporting Shima Babaei’s campaign against Iran’s abusive compulsory veiling laws before she fled Iran in 2018. Ebrahim Babaei was first arrested in Sari, Mazandaran province, on 2 February 1984 and spent 16 months in Sari prison after being convicted of spurious national security-related charges stemming from reading “anti-Islamic Republic” leaflets and being in possession of banned books. Over the following two decades, the authorities summoned him for interrogations on numerous occasions in relation to his political activism and detained him for several hours each time.

Ebrahim Babaei was rearrested on 7 February 2010 in connection with his peaceful participation in protests that took place in December 2009. He was held in a “safe house” for several days before being transferred to Tehran’s Evin prison, where he was held in prolonged solitary confinement for around four months and was moved between sections 209, 240 and the general ward. His health declined in detention as he was denied the adequate medical care he needed, including for a chronic leg injury sustained during his conscripted military service in the Iran-Iraq war. He was unable to walk unassisted without a walking aid and help from other prisoners. He was released on bail around December 2010. Shortly before his release on bail, he was put on trial before a Revolutionary Court in Tehran for charges related to his peaceful participation in the protests in December 2009. In 2011, while he was still out of prison on bail, he was sentenced to five years, nine months and one day in prison and 74 lashes on charges of “gathering and colluding to commit crimes against national security”, “spreading propaganda against the system” and “disturbing public opinion”. He was rearrested in October 2011 to begin serving his sentence.  He spent part of his prison sentence in “internal exile” in Raja’i Shahr prison in Karaj, Alborz province and the rest of his sentence in Evin prison. His flogging sentence of 74 lashes was carried out on 13 August 2013 in Evin prison. He was released in September 2013 after being granted a pardon in light of his medical conditions.

While held in Raja’i Shahr prison, he found out that the authorities had opened another case against him, without his knowledge, and had sentenced him in absentia, to a five-year suspended sentence in relation to peaceful acts in prison, including joining other prisoners jailed for political reasons in group hunger strikes and writing joint statements about prison conditions. He was also sentenced to 74 lashes in a separate case in September 2018 in relation to his support of Shima Babaei. In the months before he attempted to flee Iran, Ebrahim Babaei lived in hiding and feared that the authorities were seeking to locate and arrest him and carry out his pending sentences.
Enforced disappearance is a crime under international law that occurs when someone has been arrested, detained or abducted by state agents, or people acting with their authorization, support or acquiescence, followed by the refusal to acknowledge this or conceal the person’s fate or whereabouts, placing them outside the protection of the law. Unofficial secret detention places in Iran fall completely outside the protection of the law and facilitate enforced disappearance and other crimes and human rights violations including torture and other ill-treatment. They are often houses or apartment buildings that are unlawfully repurposed by intelligence and security bodies, most often by the Ministry of Intelligence or the intelligence unit of the Revolutionary Guards, to keep individuals in custody. Such decret detention places are not registered under the Prisons Organization and detainees and their relatives never find out the exact location in which they were held. Security and intelligence officials colloquially refer to them as “safe houses” (khanehay-e amn). The detention of individuals in such facilities has been enabled by a flawed legal framework that fails to establish proper oversight over all prisons and detention centres and ensure that authorities responsible for human rights violations are held to account.