Trump and Jerusalem – what you can do about it 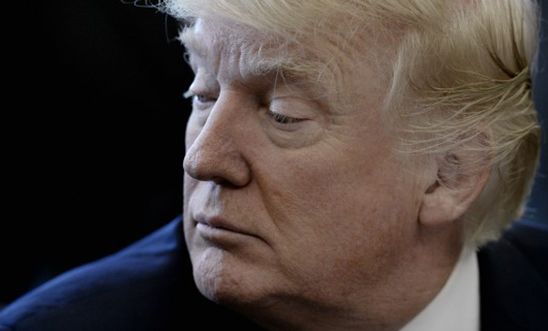 This month, the US president Donald Trump made the decision to recognise Jerusalem as Israel’s capital city – a reckless choice that is likely to inflame tensions across the Middle East.

He also announced the relocation of the US embassy from Tel Aviv to Jerusalem.

Clashes erupt in Bethlehem after US President Donald Trump's recognition of Jerusalem as Israel's capital pic.twitter.com/Eex2giJPHE

And so in one provocative move, the Trump administration has shown – yet again – a blatant disregard for international law. This troubling decision has further threatened the human rights of the Palestinian people, a population that has already suffered serious rights violations for decades.

The areas of the West Bank (including East Jerusalem) that came under Israeli control in 1967 are universally acknowledged to be occupied territory, where international humanitarian law is applicable.

Muslims leaders and U.S. allies have criticised President Trump’s decision to officially recognise Jerusalem as the capital of Israel. The decision was welcomed by the Israeli government. pic.twitter.com/3XiLEpOPZE

Instead of ending abuse of #USA Security Council veto to cover up serious #humanrights violations against #Palestinians by #Israel, @realDonaldTrump ignores advice from even his own unsavoury allies like #SaudiArabia , #Egypt & prepares to move US embassy! Can nobody stop him? https://t.co/JL9xgChjn4

Israel’s illegal annexation of East Jerusalem was made domestic law in 1980. It has been repeatedly condemned by the international community through various UN Security Council resolutions.

With this latest move, the United States is violating its own international legal obligations by ignoring an illegal situation.

This state of affairs might feel hopeless right now, but there’s something closer to home that you can do about it.

The UK’s own role in the Israeli occupation of Palestinian land cannot be ignored. The occupation has resulted in hundreds of thousands of Israeli settlers moving into Palestinian territories, and products from their illegal settlements often make their way into UK markets.

So far, our government has done little to stop this.

The trade in goods produced in the settlements is highly profitable and allowing it to continue enables the settlements to expand, condones human rights violations, and undermines international law.

Show your support for the Palestinian people by urging the UK government to ban Israeli settlement goods now: