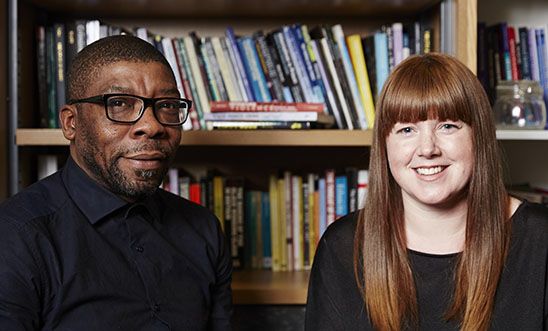 In recent years, criminologist Becky Clarke’s work has highlighted serious racial disparities in the criminal justice system. She welcomes our report and calls for the Gangs Matrix and other similar policing tools to be scrapped.

The defence is that it’s an operational policing tool. But Amnesty's report Trapped in the Gangs Matrix reveals clearly the information held in the Matrix and other similar gangs lists does not reflect actual behaviours or risks but is based on feelings or hunches. This report gives a window into the Matrix, and demands an appreciation of the wider context.

Looking at the way the black community is targeted through the policing of gangs opens up a bigger question: why is it that certain communities are viewed as requiring a distinct policing approach and distinct punishments? How did we end up with a tool like the Matrix and all that it represents, produces and reproduces?

We have to be brave and recognise that fundamentally an institutional process of racism leads to the construction, maintenance and sharing of something like the Matrix.

Do I want the Matrix dismantled? Yes. Do I want to challenge other similar gangs lists and policing approaches across the country? Yes.

Government statistics on race in the criminal justice system repeatedly show disparities at all stages of the process. They particularly show that some of the worst outcomes and experience are for black and mixed race individuals. But these statistics fail to explain why this is the case and so become part of the problem.

They reproduce a connection in peoples’ minds between race and the criminal justice system, rather than examining the practical processes that could cause racist outcomes. Charities also produce a lot of information which offers a helpful insight. For example, the charity Release looks at drugs policy. It demonstrated that although black people are less likely to use drugs than white people in England and Wales, they were six times more likely to be stopped and searched, and I think that’s actually increased since the report was produced in 2011.

It also looked at when somebody was found in possession of cocaine: I think it was four out of five black individuals who were charged rather than cautioned, whereas it was closer to two out of five white individuals. More recently, analysis by the Ministry of Justice commissioned in relation to the Lammy review into racial bias in the criminal justice system strongly concluded that differential outcomes were the result of differential treatment and, in particular, police practice.

The concept of ‘The Gang’

My work with Patrick Williams in Manchester, which began in 2011-12, showed that gangs (as defined by the police) and serious youth violence are not the same thing. We looked at who the police and their partners were flagging as gang involved or associated, and we looked at individuals who were actually presenting a risk of or were convicted of serious youth violence.

Last year both the Mayor of London’s Office for Policing and Crime’s and the Metropolitan Police’s analysts confirmed a similar situation in London. Amnesty’s report points to the reality that many individuals on the Matrix have not been convicted nor assessed to pose a serious risk of violence.

This begs the question, why are they being labelled as such? Only by dismantling the Matrix and other gangs lists can we begin to look properly at issues of serious youth violence in our society.

My expertise doesn’t lie in this area but there’s lots of evidence from Scotland, parts of the USA and elsewhere to suggest that when you introduce a recognition of public health and wider problems, you get better results.

Until we dismantle ineffective and damaging tools and processes like the Gangs Matrix, we’re not going to be able to realise the benefits of a public health strategy around serious youth violence.

Gang suppression policies are a major feature of policing in the USA, with a disproportionate impact on black and Latino communities. But last year Portland Police ended its gang list. I think it was the first US police department to really recognise the importance of trying to work in a positive and effective way with communities experiencing harm and violence. You can’t do that when these communities are experiencing harmful, disproportionate and racist practices.

But the police and their partners, led by policy and government strategy, are focused on fighting gangs, and this means a selective approach to policing the black community.

If I had five minutes with the Home Secretary

I’d take along David Lammy’s review, Amnesty’s Gangs Matrix report, the Young review, which aimed to improve outcomes for black and Muslim young men in the criminal justice system, the Angiolini review of deaths in custody, and the recent UN criticism of ‘structural racism’ in the UK.

We’ve got all this evidence to explain what’s happening. We have to see some brave and significant reforms, and the dismantling of the Matrix and other gangs lists and the policy that comes with them, can be an important start.

Becky Clarke is a senior lecturer at Manchester Metropolitan University, focusing on issues of punishment, justice, gender and harm.