What is the Gangs Matrix? 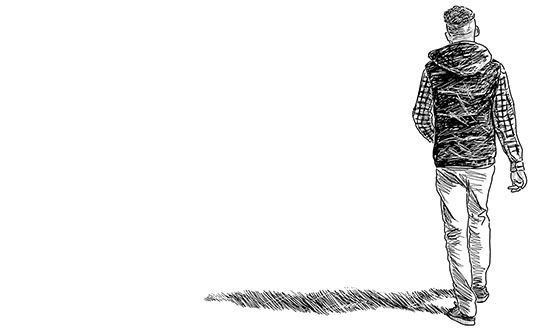 Launched by the Metropolitan Police in 2012, the Gangs Matrix is a database of suspected gang members in London. © Amnesty International

Launched by the Metropolitan Police in 2012, the Gangs Matrix is a database of suspected gang members in London.

It purports to be a risk-management tool focused on preventing serious violence, but a damning new Amnesty report warns that it is fundamentally unfit for purpose.

‘If you fail to change, if you choose to go on making the lives of those around you a misery, embroil your neighbourhood in a culture of guns and knives and drugs, we will come down hard on you. Go straight or go straight to jail’
Boris Johnson, former Mayor of London – London Gangs Summit, 2014

The little-known Matrix is the wrong tool for the wrong problem: a racially discriminatory system that stigmatises young black men for the music they listen to or their behaviour on social media. For our new report, Trapped in the Matrix: Secrecy, stigma, and bias in the Met’s Gangs Database, researchers spoke to more than 30 professionals from the police and other organisations who use the Matrix, as well as community members and young people. It raises serious concerns about how people are placed on the database, how information is shared with other agencies, and the adverse impact on the young black males who are disproportionately represented on it.

The Gangs Matrix was part of a highly- politicised response to the 2011 London riots. Individuals are listed as ‘gang nominals’ and given an automated green, amber or red violence ranking. As of October 2017, 3,806 people were on the Matrix. More than three- quarters (78 per cent) of them are black, a disproportionate number given the Met’s own figures show that only 27 per cent of those responsible for serious youth violence are black. The youngest is just 12 years old and 99 per cent are male.

‘There is clearly a huge problem with knife crime violence at the moment in London, but the Gangs Matrix is not the answer,’ said Amnesty UK director Kate Allen. ‘It’s part of an unhelpful and racialised focus on the concept of gangs at the expense of concentrating on the most violent offenders. The entire system is racially discriminatory, stigmatising young black men for the type of music they listen to, or their social media behaviour, with potential impacts in all sorts of areas of their lives.

‘Some police officers have been acting like they’re in the Wild West, making the false assumptions that they can set up fake profiles and covertly befriend people online to monitor them without needing Regulation of Investigatory Powers Act warrants. The Mayor of London needs to dismantle the Matrix unless he can bring it in line with international human rights standards.’

The Gangs Matrix is based on a vague, racialised concept: ‘the gang’. Police officers told Amnesty researchers they were concerned about the conflation of gang crime with serious youth violence, as there is less overlap than commonly presumed. This is backed up by the Mayor of London’s Office for Policing and Crime, which found that more than 80 per cent of knife-crime incidents resulting in injury to a victim under 25 in London were deemed to be non-gang-related. ‘Gangs are, for the most part, a complete red herring... fixation with the term is unhelpful at every level,’ said one officer.

Because of the vagueness of the term and the large degree of discretion granted to officers, the gang label is haphazardly used. In practice, it is disproportionately assigned to black men and boys, even where their offending profile is the same as a white individual who is not so labelled. This reflects a historic pattern of over-policing of black, Asian and minority ethnic communities.

Getting on the Matrix

Our researchers uncovered a chaotic, inconsistent approach to adding individuals to the Matrix with different boroughs adding or removing differently. The threshold is very low, requiring just two pieces of ‘verifiable intelligence’, with no clear guidance or criteria, and wide discretion for police officers and ‘partner agencies’, including housing associations, job centres and borough youth services, which can also put forward names to be added to the Matrix.

Individuals who have never been involved with violent crime are registered on the Matrix. Even being a victim of a crime that the police link to a gang is viewed as an indicator of a likelihood of ‘subsequently becoming drawn in to involvement in serious crime’ and can result in the individual being placed on the Matrix.

‘The matrix is not fit for purpose, never has been, never will. It feeds an industry based on violence reduction... distorted to fit a narrative: all knife crime is committed by young black men in gangs’
Martin Griffiths, Trauma Surgeon at Royal London Hospital and Advocate for Violence Reduction

Also commonly referred to as ‘the Met’, it is the UK’s largest police service, with 43,000 staff (including more than 31,000 police officers) serving more than 8 million people across 32 boroughs in Greater London.

Our report raises serious concerns about the practice of monitoring young people’s behaviour online to determine possible gang affiliation. The sharing of YouTube videos and other social media activity are used as potential criteria for adding names to the Matrix, with grime music videos featuring gang names or signs considered a key indicator of likely gang affiliation. People are therefore being profiled and monitored simply because of the subculture to which they belong and the people they associate with online.

The report uncovered instances of police officers setting up fake social media profiles to monitor people they viewed as possible gang members. In some instances, this practice may breach the Regulation of Investigatory Powers Act (RIPA). Our researchers were told that on at least one occasion undercover operations were carried out before a RIPA warrant was obtained. One official even stated that they didn’t think such a warrant was required because the profile created was linked to a council modem.

The report concludes that when a police officer ‘friends’ or otherwise forms an online relationship with a potential person of interest, a covert human intelligence source authorisation – a warrant – is clearly required.

‘You put that child on the Matrix, you wrote that child’s future. There are no second changes in this society for poor black kids’
Martin Griffiths, Trauma Surgeon at Royal London Hospital and advocate for violence reduction

A range of non-police agencies have access to the Matrix, which means the stigma of being associated with a ‘gang’ can follow individuals through their interactions with services such as job centres, housing associations and schools, and may result in negative outcomes.

A former housing officer and a member of staff at a borough Gangs Unit both told researchers that issuing eviction notices was a routine tactic used to put pressure on someone on the Matrix. This in turn affects the siblings and other family members of a ‘gang nominal’.

Particularly concerning is the broad sharing of the Matrix with partner agencies raises a number of conflicts with the Data Protection Act and accompanying Code of Conduct and guidance.

Trapped in the Matrix

Officials reported that there was a general pressure from Gangs Unit police officers to ‘keep people on’ the Matrix just in case they later went on to commit a violent offense.

The report also found the processes for reviewing an individual’s inclusion on the Matrix were inadequate given the sensitivity of the data held, including on children as young as 12.

Tackling serious violence and knife crime should be a clear priority for the Met, requiring both effective intelligence gathering and law enforcement tactics. But the Gangs Matrix targets a much wider group of people than those actually involved in serious or violent offending. The Met’s policy may not be intentionally racist, but it is nevertheless discriminating against people because of their race, identity and socio-economic background. Given that the police are under-resourced and face rising levels of crime, it is vital they focus on individuals who are actually involved in criminal behaviour.

This article originally appeared in Issue 197 of Amnesty Magazine. To receive your free copy every quarter featuring all the latest news and opinion about human rights, become a member today for only £3 a month. Join Amnesty