Photographer abducted outside his home 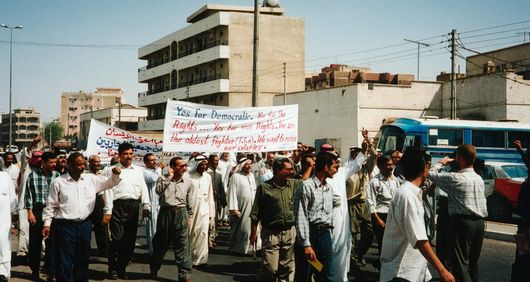 On 6 December 2019, 22-year-old Iraqi photographer, Zaid Mohammed Abid al-Khafaji was abducted from the doorsteps of his house in Baghdad, Iraq, by four men in civilian clothes, who dragged him into a car and drove off. His family raised his case with the local authorities, who told them that they will investigate.

Zaid Mohammed Abid al-Khafaji has been going to Baghdad’s Tahrir Square to take photographs of the mass protests every day since they broke out on 1 October. Every night/early morning his friend drops him off at his house after attending the protests. Zaid’s family is not aware of him having received any threats prior to his abduction.

Since the beginning of October 2019, mass protests have broken out across Iraq, fuelled by high rates of unemployment and perceptions of widespread corruption. From the very beginning, protesters demanding basic services and an end to corruption have been met with unlawful and excessive force, including tear gas, live ammunition and sniper fire. In addition to excessive use of force, Iraqi security forces have beaten, arrested and forcibly disappeared activists, lawyers and journalists.

There have been 400 documented deaths and more than 18,000 injured since October. Amnesty International has been documenting cases of abduction and enforced disappearances of activists and journalists since the beginning of the protests.

Outside of Baghdad, in the city of Basra, Amnesty International has also documented cases where the security forces have chased protesters down and arrested them. Protesters were beaten and held for several hours without being given a reason. They were then forced to sign pledges, under threat of imprisonment, that they would not take part in the protests again.