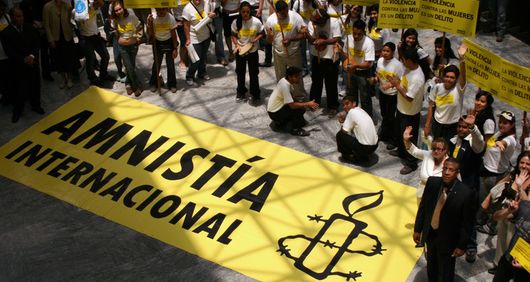 The trial against Juan Requesens, a Venezuelan Representative in the National Assembly who has been in pre-trial detention since his arbitrary detention on 7 August 2018, finally began on 2 December, after repeated undue delays and irregularities.

Fourteen months since his arbitrary detention, and thanks to the collective struggle of Juan’s lawyer, civil society organisations, and the international support of activists, who joined forces to demand respect for his right to a trial without undue delays, the first hearing of Mr. Requesens' trial proceedings took place. The hearing was not completed and a continuation was set for 4 December.

After many hours of uncertainty on 4 December, the hearing took place, but it was interrupted again, with 12 December set for the trial's continuation. We expect further irregularities during the trial and violations to Mr. Requesens’ right to a fair trial and due process guarantees.

Amnesty International will continue to document and analyse the circumstances surrounding Juan Requesens’ arbitrary arrest and detention, particularly the reports of torture and other ill-treatment, in order to pursue truth, justice and reparation for him.

Juan Requesens was arbitrarily detained on 7 August 2018, after he gave a strong statement against Nicolás Maduro’s government. He was arrested in his house without a court order, late at night. The process to lift his parliamentary immunity was untimely, arbitrary and irregular.

Authorities of Maduro’s government released a video, in which Requesens admitted his participation in some events that were allegedly linked to a drone attack against Nicolás Maduro on 5 August 2018. During the time this video was made Mr. Requesens was being held incommunicado and isolated.

According to Mr. Requesens’ lawyer, he does not remember recording this video. Based on his appearance in the video, his family suspects that he was under the effect of some sort of drug that prompted his statements and alleged confession.