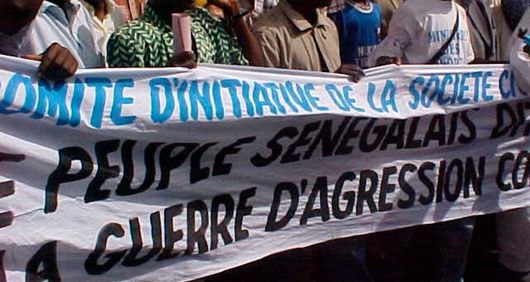 Nine activists, Guy Marius Sagna, Mamadou Diao Diallo, Malick Biaye, Pape Abdoulaye Touré, Babacar Diop, Souleymane Diockou, Ousmane Sarr, Souleymane Ndjim and Fallou Galass, were arrested on 29 November 2019 in Dakar, the capital of Senegal, and charged with “participation in an unauthorised gathering”. Eight of them have been held in detention since then and are on hunger strike. The health of two of the activists has deteriorated since.

Guy Marius Sagna, one of the arrested nine, is a prominent activist in Senegal. In July, he was arbitrarily detained and charged with false alert of terrorism. He was released on bail on 16 August.

Please write using your own words or the template letter provided in the attached documents, in French, English, or your own language, to the listed address as soon as possible: