The Maldives: NGO shut down and staff at risk of attack 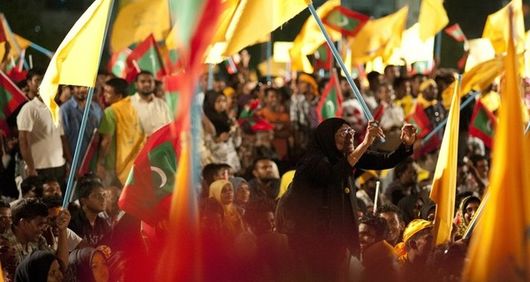 The Maldivian Democracy Network (MDN) was permanently shut down by the authorities on 5 November 2019, in response to their 2015 report “Preliminary Assessment of Radicalisation in the Maldives”, which allegedly contained “content slandering Islam and the Prophet Mohamed (PBUH)”. Subject to a social media smear campaign by religious hardliners; staff and members of MDN have faced alarming threats of violence, rape, and even death. The Maldivian Government must uphold its obligations under international human rights law and ensure that human rights defenders, activists and civil society organisations are able to freely carry out their activities without the threats of violence, prosecution and repression.

On 5 November 2019, the Maldivian Ministry of Youth, Sports and Community Empowerment – which regulates the activities of NGOs – issued a press release saying that it had decided to shut down the operations of MDN altogether. The closure comes against the backdrop of threats of violence, rape and death to the MDN’s staff from religious hardliners.

What is the Maldivian Democracy Network?

The Maldivian Democracy Network (MDN) is one of the most prominent NGOs in The Maldives. They are a non-partisan NGO that “promotes human rights” and the “values and principles of democracy”.

They were have been one of the most vocal groups in speaking out against the repression of the former president of the Maldives, Abdulla Yameen, who was voted out of office in November 2018. The new government, led by President Ibrahim Solih, includes former prisoners of conscience whose release Amnesty International and MDN campaigned for.

Their mandates include raising awareness, monitoring human rights violations, and advocacy. The MDN’s reports over recent years have included research on police reforms, torture, threats to human rights defenders, threats to the right to freedom of expression, enforced disappearance, attacks on lawyers, and other human rights issues