Ahmed Adeeb, former Maldivian Vice President, suffers from several ongoing health conditions. Arrested in 2015, for what was believed to be politically motivated charges, his convictions were overturned last year and other charges against him were dropped in July 2020. Local media outlets have reported that the Prosecutor General submitted the case for appeal and accordingly, Adeeb was taken into custody again on 24 July, following an order by High Court, raising further concerns about his wellbeing. 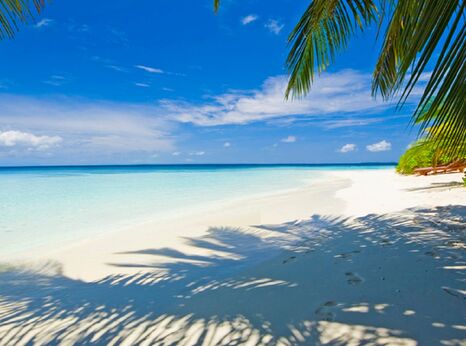 Ahmed Adeeb, former Maldivian Vice President, suffers from several ongoing health conditions. Arrested in 2015, for what was believed to be politically motivated charges, his convictions were overturned last year and other charges against him were dropped in July 2020. Local media outlets have reported that the Prosecutor General submitted the case for appeal and accordingly, Adeeb was taken into custody again on 24 July, following an order by High Court, raising further concerns about his wellbeing.

Ahmed Adeeb was the Vice President of the Maldives from July 2015 – November 2015 when he was removed by no confidence motion from the People's Majlis [Parliament of Maldives]. He was arrested a few days later for allegedly attempting to assassinate the then President of the Maldives, possession of weapons and seven other charges over financial embezzlement. He was sentenced to combined 33 years in total for attempting to assassinate the former President and possession of weapons. He was kept in isolation for three years during this incarceration. Adeeb was released from custody in 2019, when the Supreme Court overturned his convictions and the Criminal Court dropped other charges against him in July 2020.

Adeeb raised concerns about his own health after he was denied medical care in prison in 2016. According to medical specialists, the necessary treatment was and still is not available in the Maldives, and he needs to be taken abroad to be treated. Since he was taken into custody on 24 July 2020, Adeeb is being kept in a cell without access to his bipap machine prescribed for sleep apnea. This raises a concern that his other medical conditions will be ignored by the authorities which would put his health and potentially his life at risk.

Rule 24 of the UN Standard Minimum Rules for the Treatment of Prisoners (Nelson Mandela Rules) stipulate, ‘The provision of health care for prisoners is a State responsibility’ and failure to adhere to this shows the government’s lack of respect for the international human rights law, domestic law, and basic human decency.

Currently, Adeeb is held without access to family or lawyers due to COVID-19 related restrictions on visitors.
The arrest of Adeeb in 2015 occurred within the context of several other criminal cases against opposition leaders and other political opponents of the former President Yameen. The most high-profile was the conviction of former President Mohamed Nasheed on terrorism charges following a deeply flawed trial in March 2015. There were other cases that followed during the coup in February 2018, all of whom have since been released.

The Maldives: NGO shut down and staff at risk of attack

A leading NGO in The Maldives was permanently closed by authorities, after being subject to a smear campaign and threats. 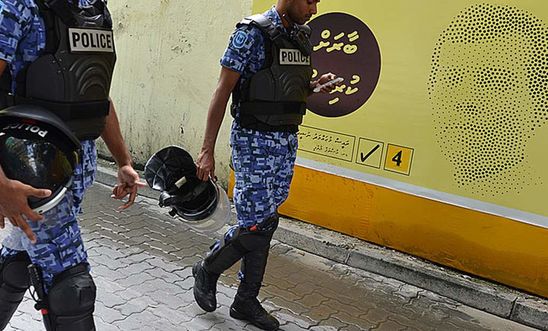 Closure comes after threats against NGO’s staff by religious hardliners ‘The Maldives Democracy Network is being punished for exercising its legitimate right to freedom of expression’ - Dinushika Dissanayake The Maldivian Government’s closure of a widely-respected human rights group for “slandering Islam” has been strongly condemned by Amnesty International. The organisation was shut down earlier today by the Maldivian Ministry of Youth, Sports and Community Empowerment, which regulates the activities of NGOs in the country. On 10 October, the Maldivian Ministry of Foreign Affairs announced it

Faris Maumoon, an politician, was sentenced for identity fraud and is facing five other politically motivated charges.

Urgent Action: Health fears for detainee in Maldives without access to lawyer

Lahiru Manikkuadura, a Sri Lankan citizen, has been detained in the Maldives without a trial date since September 2016.

Urgent Action: Up to 20 years in Maldives prison on trumped-up charges 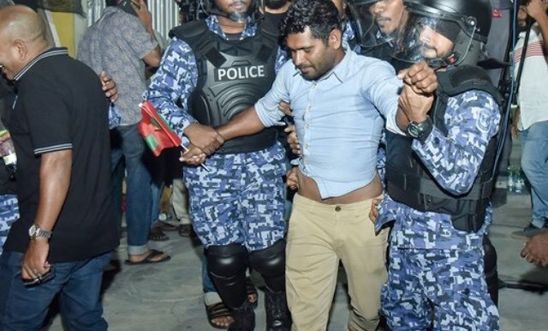 Since last night (16 March), at least 139 peaceful demonstrators in the Maldives have been detained. The demonstrators were protesting the recently declared state of emergency, and for the release of people detained, including members of the opposition. Responding to these developments, Omar Waraich, Amnesty International’s Deputy South Asia Director, said: “The Maldivian authorities are using the state of emergency as a licence for heightened repression. Over the past 24 hours, at least 139 people have been detained solely for exercising their rights to freedom of expression and peaceful

The Maldivian authorities must immediately and unconditionally release all people who have been detained under the state of emergency solely for exercising their human rights and halt attacks on peaceful protesters, Amnesty International said today. Amnesty has documented several arbitrary detentions under state of emergency laws, mainly of peaceful protesters and journalists. Members of the judiciary and political opponents have also been held arbitrarily since the state of emergency was imposed on February 5. Amnesty is calling for their immediate release unless promptly charged with a

The Maldivian government must immediately release judges and opposition politicians it has arbitrarily detained through emergency powers, Amnesty International said today. Biraj Patnaik, Amnesty International’s South Asia Director, said: “Since the declaration of a state of emergency yesterday, we have seen a wave of arbitrary arrests in the Maldives. “A state of emergency cannot be used to carry out what appears to be a purge of the Supreme Court and the opposition. These judges and opposition politicians must be released immediately. “The world’s eyes are on the Maldives right now and human