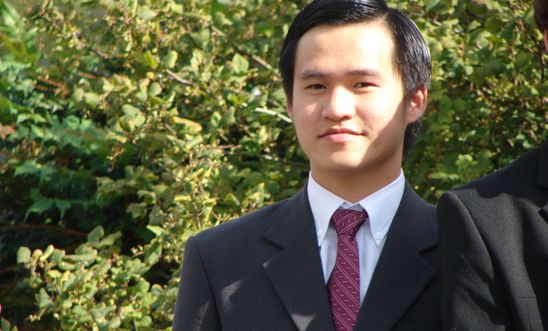 Nguyen Tien Trung, a prisoner of conscience freed after more than four years in prison

The recent early release of three Vietnamese prisoners of conscience is welcome, but at least 70 others remain jailed for peacefully expressing their opinions, Amnesty International said today.

The three prisoners, Nguyen Tien Trung, Vi Duc Hoi and Cu Huy Ha Vu, have been released over the past week.

The most recent release came over the weekend, when Nguyen Tien Trung, aged 30, was freed after more than four years in prison. In 2010, the pro-democracy activist had been found guilty of attempting to “overthrow the people’s administration” by setting up an activist group encouraging young Vietnamese people to call for political reform and democracy.

A former member of Vietnam’s ruling Communist Party, Vi Duc Hoi, was also released on Friday, nearly a year-and-a-half earlier than expected. He was originally jailed for eight years for using the internet to promote democracy.

Last week, one of Vietnam’s most famous dissidents, human rights lawyer Cu Huy Ha Vu, was released three years into a seven-year prison sentence. He immediately travelled to the US, where he will live in voluntary exile.

However, jubilation over those freed is marred by the tragic death of another prisoner of conscience, Dinh Dang Dinh, earlier this month. The 50-year old activist was unjustly jailed in 2011 after starting a petition against a mining project. He was diagnosed with stomach cancer while in prison and was only released a month before his death.

“The releases are a step in the right direction for freedom of expression and we hope that they reflect a shift in Vietnam’s commitment to respecting human rights.

“The authorities should build on this positive step by immediately and unconditionally releasing all prisoners of conscience who still languish in prison simply for peacefully expressing their opinion.”

Last year, Amnesty documented the cases of 75 prisoners of conscious who were imprisoned after being tried and convicted for exercising their right to freedom of expression. The report - Silenced Voices: Prisoners of Conscience in Vietnam -charts the harsh conditions faced by prisoners of conscience, who suffer unfair trials, degrading treatment and cruelty in detention.

Amnesty is calling on Vietnam’s government to free all those who remain imprisoned for speaking out.