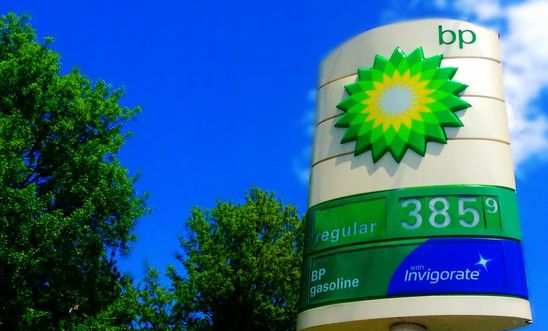 Global oil giant was responsible for Deepwater Horizon disaster, yet has not updated its human rights policy for past seven years

Rebecca Warren, an accountant and member of Amnesty International UK’s Board, has submitted a series of questions to BP’s AGM being held in London next week.

Warren, a shareholder activist who is also treasurer of the Campaign against Climate Change, is demanding to know whether the oil company “has assessed the climate change-related human rights impacts of its activities”.

The meeting, which is taking place behind closed doors because of the coronavirus pandemic, is allowing shareholders to submit questions in writing. In her submission, Warren points out that she has previously asked BP about its human rights policy, “in particular the fact that there is no reference to climate change in the policy, which has not been updated since 2013”.

Warren calls BP’s lack of any reference to climate change in the policy a “glaring omission”.

In recent years, BP has sought to promote its “environmentally-friendly” credentials with numerous advertising campaigns - leading to criticisms that the company has been “greenwashing” its image. In 2012, BP pleaded guilty to 11 counts of manslaughter and other offences in connection with the Deepwater Horizon oil spill in the Gulf of Mexico, thought to be the largest marine spillage of petroleum in history.

“BP may have thought a closed meeting would shield it from scrutiny, but it cannot evade vital questions over its lack of policy on the defining issue of our times.

“It is a glaring omission for a company like BP not to have a clear set of human rights-compliant policies on the climate emergency we all face. Glaring and unforgivable.

“It is shocking that the directors of a global company - some of the most powerful people on earth - are so detached from their company’s impact on the world. Do they not realise the enormity of the threat facing the entire planet - not least through the activities of companies who profit from the trade in unsustainable fossil fuels?

“Instead of more greenwashing poster campaigns, we need to see BP finally taking its obligations over the future of the planet seriously - including with a properly-updated human rights policy showing how BP will responsibly manage its affairs in an age of climate emergency.”