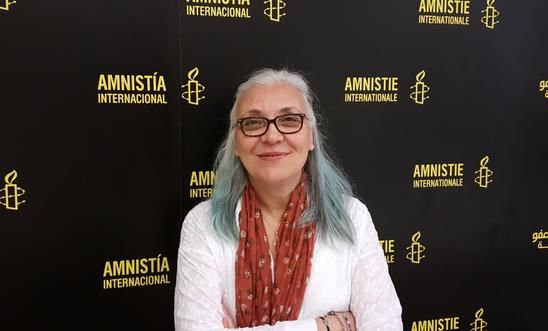 Responding to news that Idil Eser, the director of Amnesty International Turkey, seven other human rights activists and two IT trainers, are being investigated for membership of an armed terrorist organisation, Salil Shetty, Amnesty International’s Secretary General, said:

“The absurdity of these accusations against Idil Eser and the nine others cannot disguise the very grave nature of this attack on some of the most prominent civil society organisations in Turkey.

“Their spurious detention while attending a routine workshop was bad enough; that they are now being investigated for membership of an armed terrorist organisation beggars belief.

“There is to be no civil society, no criticism and no accountability in Erdoğan’s Turkey.

“If world leaders meeting at the G20 fail to stand up for Turkey’s beleaguered civil society now, there may be nothing left of it by the time the next summit comes around.

“Idil’s detention comes less than a month after the chair of Amnesty International Turkey, Taner Kılıç, was remanded in custody also without valid grounds. This is the first time in our history that Amnesty International has a director and chair from a single country both behind bars. They, along with all other detained human rights defenders, must be immediately and unconditionally released.”

At 10am yesterday, eight human rights activists - including Idil Eser - and two international trainers were detained by police at a hotel in Büyükada, Istanbul, where they were attending a workshop. All the detainees were denied access to lawyers for more than 28 hours, in contravention of Turkish law, which states a maximum time of 24 hours. The group were also denied the right to contact family members, again in contravention of Turkish law. The authorities refused to confirm where the detainees were being held until approximately 3pm today.

The state of emergency put in place after last year’s failed coup allows for seven days of pre-charge detention, extendable for a further seven days on the request of the prosecutor. In addition to Idil Eser and İlknur Üstün, the six detained human rights activists are:

Two foreign trainers - a German and a Swedish national - are also still being held, and have been granted access to a lawyer. This week’s detentions come less than a month after Amnesty Turkey’s chair, Taner Kılıç, was remanded in prison custody on what Amnesty believes are baseless charges.