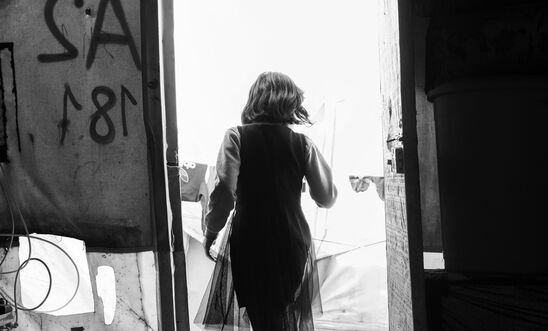 Girls systematically raped, while boys tortured and made to fight with ISIS

‘We have all thought about killing ourselves’ - Hanan, 24, whose daughter was taken from her

Almost 2,000 Yezidi children in Iraq who were held captive by the Islamic State armed group have effectively been abandoned by the Iraq authorities and are facing a physical and mental health crisis, Amnesty International warned in a major new report today.

Amnesty’s 64-page report - Legacy of Terror: The Plight of Yezidi Child Survivors of ISIS - reveals the severity of the challenges faced by the estimated 1,992 children who have returned to their families after being abducted, raped, tortured, forced to fight and subjected to other horrendous human rights abuses by ISIS.

The report also details the plight of hundreds of Yezidi women who have been separated from their children born of ISIS rape. The situation confronting Yezidi survivors of ISIS abduction and sexual violence was highlighted at the UN Security Council earlier this month by Angelina Jolie, who cited Amnesty’s new report.

Between 2014 and 2017, ISIS fighters committed war crimes, crimes against humanity and what the UN describes as genocide against Iraq’s Yezidi community.

In February this year, Amnesty visited Iraq’s Kurdistan Region interviewing 29 survivors of ISIS kidnapping, 25 family members who care for child survivors, and more than 60 experts and officials - including doctors and psychotherapists.

Amnesty found that many child survivors of ISIS captivity are now living with severe and debilitating long-term illnesses or physical impairments. Post-traumatic stress, anxiety and depression are all common, while other symptoms and behaviours include aggression, flashbacks, nightmares and severe mood swings.

Randa*, a 14-year-old who was in ISIS captivity for five years, said:

“I was a child when they made me marry. They made me suffer. I want my future to be better. I want ISIS to be held accountable for what they did to me.”

Many Yezidi child survivors have also returned speaking Arabic instead of Kurdish, preventing them from reintegrating fully with their families and community. Already impoverished, many families are also in severe debt after having to pay tens of thousands of US dollars as ransom to secure their children’s release.

“These children were systematically subjected to the horror of life under ISIS, and now they’ve been left to pick up the pieces.

“They must be given the support they desperately need to rebuild their lives as part of the Yezidi community’s future.

“Their physical and mental health must be a priority in the years ahead if they are to fully reintegrate into their families and community.”

Amnesty’s report also addresses the urgent need to end the enforced separation of women and their children born of sexual violence by ISIS fighters.

Yezidi women and girls gave birth to hundreds of children as a result of sexual enslavement by members of ISIS. Many of these children have largely been denied a place in the Yezidi community, including because of the stance of the Yezidi Supreme Spiritual Council and the current legal framework in Iraq which mandates that any child of an “unknown” or Muslim father must be registered as Muslim.

Several women interviewed by Amnesty said they were pressured, coerced or even deceived into leaving their children behind, causing severe mental anguish. These women were also falsely assured that they would be able to visit or be reunited with their children at a later stage. All of the women interviewed who were separated from their children said they had no contact with or access to them. They said they felt unable to speak about these issues to their families or community due to fears for their own safety.

Hanan*, 24, whose daughter was taken from her, said:

“My feeling is the same feeling as all the other mothers [in the same situation]. We have all thought about killing ourselves, or tried to do it … We are human, we have our rights, and we want our children to be with us. Whatever we experienced with ISIS, we are going through something worse now. We need a solution.”

Amnesty is calling for international organisations such as the UNHCR to prioritise and fast-track these women and children for resettlement or humanitarian relocation, with the co-operation of the national authorities and foreign governments.

“These women were enslaved, tortured and subjected to sexual violence. They should not suffer any further punishment. They need to be reunited with their children, and any future separations must be prevented. They must be offered the opportunity of international resettlement or relocation together with their children, given the enormous risks they face in Iraq.”

Thousands of Yezidi boys captured by ISIS were starved, tortured and forced to fight. Many former child soldiers are suffering from serious health conditions or physical disabilities, such as missing arms or legs. Yezidi boys have also often been left isolated after their return.

Of the 14 former child soldiers interviewed, more than half told Amnesty they had not received any form of support - psychosocial, health or financial - after their return.

Sahir*, who was forcibly recruited at the age of 15, said:

“I was forced to fight. I had to do it or die. I didn’t have any other option. It was out of my control. To survive, I did the fighting. It’s the worst thing that can happen to any human, the most degrading … [After returning from captivity] what I was looking for is just someone to care about me, some support, to tell me, ‘I am here for you’ … This is what I have been looking for, and I have never found it.”

*Names have been changed to protect the identity of those interviewed.

Downloads
Legacy of Terror: The Plight of Yezidi Child Survivors of ISIS