Iran: imminent execution of Swedish-Iranian academic must be stopped immediately 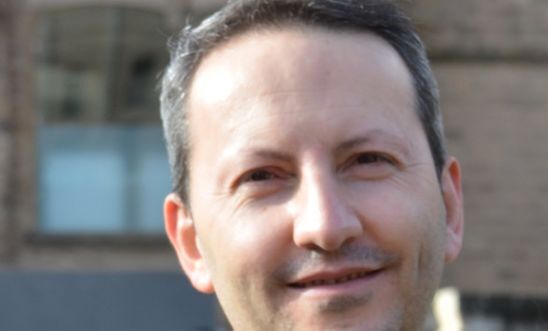 Responding to the news that Ahmadreza Djalali, an Iranian-Swedish specialist in emergency medicine, has been transferred to solitary confinement in Evin prison and told by the prosecution authorities that his death sentence will be carried out imminently, Diana Eltahawy, Amnesty International’s Deputy Director for the Middle East and North Africa, said:

“We were horrified to learn that the authorities have instructed the office in charge of implementing sentences to transfer Ahmadreza Djalali to solitary confinement and implement his death sentence no later than a week from 24 November.

“It is appalling that despite repeated calls from UN human rights experts to quash Ahmadreza Djalali’s death sentence and release him, the Iranian authorities have instead decided to push for this irreversible injustice. They must immediately halt any plans to execute Ahmadreza Djalali and end their shocking assault on his right to life.

“We call on members of the international community to immediately intervene, including through their embassies in Tehran, to save Ahmadreza Djalali’s life before it is too late.

“International human rights bodies have consistently held that it is a violation of the right to life to pass a death sentence after criminal proceedings that violate fair trial guarantees. Amnesty International opposes the death penalty in all cases and without exception as the ultimate cruel and inhuman punishment.”

Ahmadreza Djalali, a specialist in emergency medicine who has studied and taught in Sweden, Italy and Belgium, was arrested by Ministry of Intelligence officials in April 2016 and reportedly accused of “collaboration with a hostile government”. He was held without access to a lawyer for seven months, three of which were in solitary confinement. Afterwards, every lawyer he selected was rejected by the court.

In a letter written from inside Evin prison in August 2017, Djalali said he was being held solely because of his refusal to use his academic ties in European institutions to spy for Iran.

In October 2017, Djalali was sentenced to death for “spreading corruption on earth” (efsad-e fel-arz) after a grossly unfair trial before Branch 15 of the Revolutionary Court in Tehran. The court relied primarily on “confessions” that Djalili says were obtained under torture and other ill-treatment. These included threats to execute him, kill or otherwise harm his children, who live in Sweden, and his mother, who lives in Iran. Amnesty has consistently held that the offence of “spreading corruption on earth” fails to meet requirements for clarity and precision needed in criminal law, and also breaches the principle of legality and legal certainty.

In December 2017, an Iranian state-run TV station aired Ahmadreza Djalali’s “confession”, along with a voiceover presenting him as a “spy”. By extracting and airing these forced “confessions”, Iranian authorities violated Djalali’s right to the presumption of innocence as well as the right not to be forced into incriminating himself. Since December 2017, his lawyers have filed at least two requests for a judicial review of Ahmadreza Djalali’s case, and both have been rejected.

Last year Iran was second only to China in the number of executions it carried out, with at least 251 people killed.