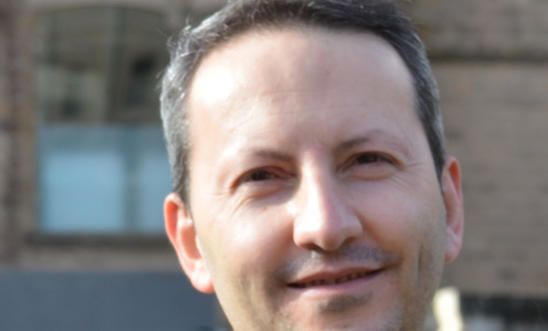 An Iranian court has upheld a death sentence against the Iranian-born Swedish medical doctor and university lecturer, Ahmadreza Djalali, who has been accused of “working with Israel”.

Djalali, a specialist in emergency medicine who has studied and taught in Sweden, Italy and Belgium, was arrested in April 2016 and reportedly accused of “collaboration with a hostile government”.

This October, Djalali was convicted of “spreading corruption on earth” and sentenced to death after a grossly unfair trial. One of his lawyers has told Amnesty that the court verdict stated that Djalali supposedly worked with the Israeli government, who subsequently helped him obtain his Swedish residency permit.

Djalali’s lawyers also say the trial court relied primarily on evidence obtained under duress and produced no evidence to substantiate an allegation that he was anything other than an academic peacefully pursuing his profession.

Djalali was on a business trip to Iran when he was originally arrested last year. He was held in Evin prison by Ministry of Intelligence officials for seven months, three of them in solitary confinement. During this period he says he did not have access to a lawyer and was subjected to torture and other ill-treatment to “confess” to being a spy. No investigation into these allegations is known to have taken place.

Last weekend, Djalali’s lawyers learned that Branch 1 of Iran’s Supreme Court had summarily considered and upheld his death sentence without granting them an opportunity to file submissions. Since early November, the lawyers say they were repeatedly told by clerks that the case had not yet been allocated for consideration and that they should wait.

Meanwhile, in a letter written from Evin prison in August, Djalali said he was held solely for his refusal to use his contacts within European academic institutions to spy for Iran.

“It is appalling that the Iranian authorities have deliberately denied Ahmadreza Djalali the right to a meaningful review of his conviction and sentence.

“The Iranian authorities must immediately quash Ahmadreza Djalali’s death sentence, and grant him the right to present a meaningful appeal against his conviction before the highest court. Failing to do so will be an irreversible injustice.”

Iran carried out at least 567 executions during 2016 - the second highest number of any country in the world. At least two of these were juvenile offenders, and at least eight were women. At least 33 executions were carried out in public.