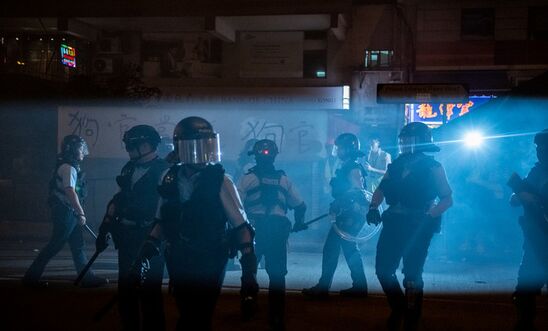 Responding to the disbandment of the Hong Kong Professional Teachers’ Union (HKPTU), which cited “enormous pressure” from the authorities as a factor in its decision, Joshua Rosenzweig, Head of Amnesty International’s China team, said:

“The rapid demise of Hong Kong’s biggest teachers’ union in the face of increasing hostility from the Hong Kong and central Chinese governments illustrates the level of fear permeating the city’s education sector and wider civil society amid a relentless crackdown on dissent.

“This 48-year-old institution, which represents more than 90% of Hong Kong’s teachers, apparently had no choice but to cease operations after education authorities severed ties with it last month amid threats of ‘national security’ investigations and a coordinated smear campaign in Chinese state media.

“This is the latest in a troubling pattern in which the Hong Kong authorities readily heed strident but baseless calls targeting groups or individuals in Hong Kong.

“Having effectively neutralised the political opposition, the Hong Kong and Chinese authorities now appear to be ramping up attempts to wipe out civil society groups that have a strong mobilising capacity – a disturbing development for other unions still operating in the city.

“This assault on the HKPTU also highlights the rapidly shrinking space for freedom of expression in Hong Kong’s schools and universities. Hong Kong’s education institutions should not be targeted merely because they promote academic freedom.”

A ‘malignant tumour’ that needs to be ‘eradicated’

The HKPTU today announced that it would be ending operations in the face of “enormous pressure” and being unable to “resolve the crisis [it is] facing”.

On 31 July, Hong Kong’s Education Bureau said it would cease working with the HKPTU, accusing it of “spreading political propaganda”. Hours earlier, articles in Chinese state media had attacked the HKPTU, with one describing the organisation as a “malignant tumour” needing to be “eradicated”.

Since the enactment of the national security law in June last year, the Hong Kong government has rapidly eliminated dissenting voices in schools. The Education Bureau has completely prohibited peaceful expressions of political views and activities that it deems to be politically motivated. In November last year, police arrested three students under the national security law after they joined a peaceful protest on a university campus. It has banned teachers from their schools for facilitating discussion related to freedom of expression.

Since the pro-democracy Umbrella Movement protests in 2014, political parties, labour unions, educational institutions, media, NGOs and others have come under increasing attack, accused of crossing the “red line” of “endangering China’s sovereignty or security” and leading to an atmosphere of censorship and self-censorship.