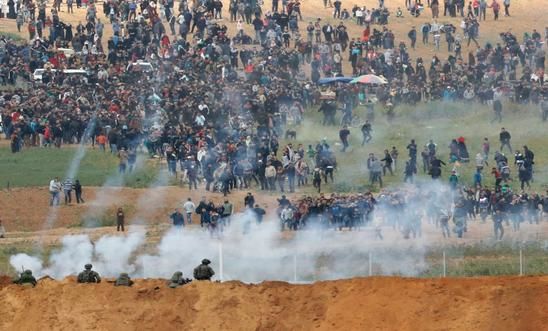 ‘While some protesters may have engaged in some form of violence, this still does not justify the use of live ammunition’ - Philip Luther

Responding to reports that dozens of Palestinians have been killed and hundreds injured by the Israeli military during today’s protests along the fence separating Gaza and Israel, Philip Luther, Amnesty International’s Middle East Research and Advocacy Director, said:

“This is another horrific example of the Israeli military using excessive force and live ammunition in a totally deplorable way.

“This is a violation of international standards, with Israeli forces in some instances committing what appear to be wilful killings constituting war crimes.

“Today’s footage from Gaza is extremely troubling, and as violence continues to spiral out of control, the Israeli authorities must immediately rein in the military to prevent the further loss of life and serious injuries.

“While some protesters may have engaged in some form of violence, this still does not justify the use of live ammunition.

“Under international law, firearms can only be used to protect against an imminent threat of death or serious injury.”

Early medical reports from Gaza today indicate that dozens of people have been shot in the head or chest. Last month, Amnesty documented how the Israeli military were killing and maiming demonstrators who posed no imminent threat to them.

Amnesty recently called on the international community to stop the delivery of arms and military equipment to Israel, a call it reiterated today. 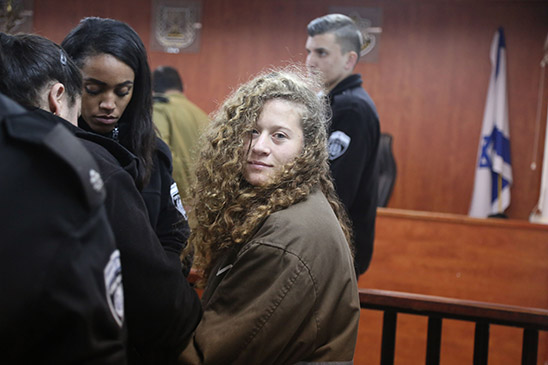 Over 300 Palestinian children are currently detained by Israeli authorities, completely breaking their duties under international law.

17-year-old Palestinian activist Ahed Tamimi has been called the ‘Rosa Parks of Palestine’. For years, she and her family have bravely stood up against the Israeli occupation. Now she is in prison over an altercation with Israeli soldiers.

Tell Israeli Prime Minister Benjamin Netanyahu he must release her without delay.