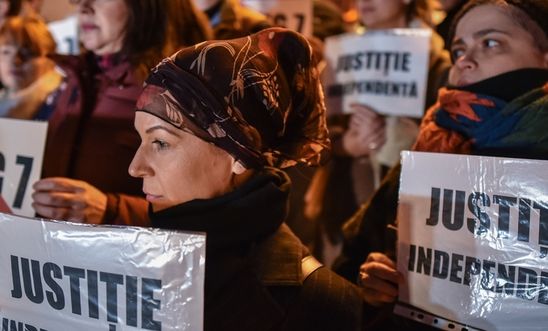 Human rights defenders have been threatened, prosecuted, subjected to excessive use of force by police, and suffered discrimination at the hands of governments

Fundamental human rights continue to be disrespected and ignored by governments across Europe and Central Asia, Amnesty International said today as it published its annual review of the region.

The organisation praised those brave people who took to the streets last year to defend their own and others’ rights but warned that governments continue to perpetrate human rights violations with impunity.

“In 2019, people in Europe and Central Asia were threatened, intimidated, prosecuted, subjected to excessive use of force by police, and suffered discrimination. However, the grassroots mobilisation of courageous people who dared to stand up and hold states accountable provides a ray of hope for the future.

“Human rights defenders, journalists, NGOs and other people campaigning for a fairer and more just society were all at the sharp end of government crackdowns. The humanity and solidarity they show towards the most marginalised members of our societies are needed now more than ever, and will continue to be essential during the post-COVID-19 recovery.”

From Turkey to Poland: Independence of the judiciary under threat

In Poland, the independence of the judiciary - essential for ensuring fair trials and upholding human rights - was threatened as the ruling party took bolder steps to control judges and courts.

Judges and prosecutors found themselves at risk of disciplinary proceedings for speaking out in defence of the judiciary and risked becoming victims of human rights violations themselves. Many were subjected to smear campaigns on state and social media.

Concerns also mounted about the independence of the judiciary in Hungary, Romania and Turkey.

Judges in Hungary came under attack from multiple directions as the government continued its attempts to undermine the independence of the judiciary.

In May last year, the European Commission warned Romania that it should address a number of judicial issues, or potentially face having its rights suspended for persistent breach of the EU’s founding values.

In Turkey, a judicial reform package was passed by Parliament, but the reforms failed to address the extreme political pressure on the judiciary or to end unfair and politically motivated prosecutions and convictions.

Independent courts were vitally needed last year to safeguard individual freedoms as state overreach came to the fore, with restrictions on protests in France, Poland and Turkey as well as prosecution of protesters in many more countries.

Major protests took place across Europe including in France, Austria, Poland, Romania, the Czech Republic and Hungary; with people protesting against austerity measures and corruption, and in defence of social justice. Protests and strikes urging governments to take measures against climate change became a regular occurrence in major cities.

Many states repressed the demonstrations through measures that breached the rights to freedom of peaceful assembly and expression. In France, Austria and Spain, hundreds of people were injured by the police during protests. Police resorted to excessive force in France, and violently disrupted peaceful gatherings in Turkey where blanket bans on gatherings were often used to deny the right to freedom of peaceful assembly. States frequently failed to hold their security forces accountable for violence perpetrated during the protests.

In Poland, some judges adjudicating in cases relating to protests were harassed or demoted by the authorities.

In Moscow, and other Russian cities, the largest numbers of peaceful protesters seen in many years stood up against the authorities’ refusal to allow opposition candidates to take part in the city elections. The resultant crackdown led to criminal convictions for two dozen participants, simply for exercising their right to protest.

In November, the Italian government extended its agreement with Libya on migration for a further three years, despite continuing evidence pointing to systematic human rights violations including torture in Libya’s detention centres.

And reports of grave human rights violations against asylum-seekers and refugees, and their continued denial of access to protection, failed to deter the EU from partnering with Turkey to curb migration via the 2016 EU-Turkey Deal. Ahead of Turkey’s incursion into north-eastern Syria in October, Amnesty conducted dozens of interviews which suggested hundreds of Syrians were likely forcibly deported from Turkey between May and September, under the guise of “voluntary returns”. The deal is also causing unprecedented overcrowding of the camps in the Aegean islands, where tens of thousands of people live in destitute conditions.