Beijing 2022: Six reasons why China has to up its game 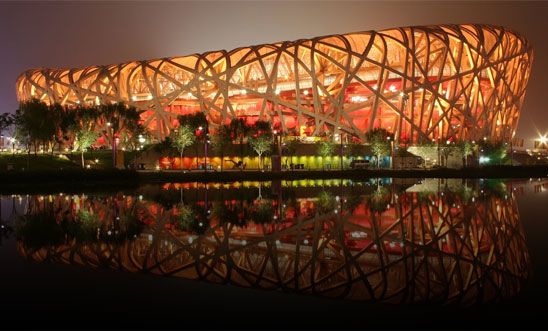 China’s capital beat Almaty in Kazakhstan to be awarded the 2022 Winter Olympics — no mean feat for a city that isn’t known for its snow.

Beijing has many hurdles to jump before it will be ready to bring bobsled, curling and the skeleton to the region. But we’re more worried about its human rights record — and China’s track record when it last lit the Olympic flame.

1. China is the world’s worst executioner – by a long way

And that’s certainly not a title to be celebrated. China executes more people than the rest of the world put together. The exact number is unknown as the death penalty system remains a state secret, but we believe it to be in the thousands.

The death penalty is one of the ultimate betrayals of human rights. No one - including the Chinese government - has the right to take the life of another person. We’re working to end state-sanctioned killing around the world, and we won’t stop until every country has abolished it. China’s infamous Great Firewall is one of the many ways the authorities restrict free speech. Try searching for Amnesty next time you’re in China - you’ll probably have a tough time finding us. The country has some of the most brutal internet and press censorship in the world, and anyone who threatens that control is promptly stifled.

One of the most notorious examples is when China blocked Facebook, Twitter and YouTube in 2009 during the riots in Xinjiang. Shi Tao, a Chinese journalist, was jailed for 10 years after sending an email to a pro-democracy website in the US about the 15th anniversary of Tiananmen Square.

The crackdown on online freedom is only on the rise - as new platforms and technologies develop, so does China’s oppressive net of control.

Speaking out or criticising the government is a dangerous business. Around International Women’s Day last year, the authorities arrested and detained five activists who intended to protest against sexual harassment. The women were charged with ‘picking quarrels and provoking troubles’.

Thankfully after a thousands of you took action, the women were released - but their charges still stand. And this kind of proactive arrest-before-it-happens approach is endemic. Every year we’ve reported on crackdowns and arrests directly before key events such as the Tiananmen Square anniversary, with activists arrested and detained before they can say a word.

4. ... and you’re not safe if you defend the protesters either

Being targeted for ‘picking quarrels’ doesn’t stop at activists and protesters. China has a depressing track record when it comes to arresting and jailing the lawyers who defend activists, dissidents and even ordinary people attempting to get justice.

For example, self-taught Laywer Chen Guangcheng found himself under house arrest or in prison for six years following his work defending the rights of women facing forced sterilisation and enforced abortion. He was charged with ‘organising a mob to disturb traffic’, and the only reason his house arrest eventually ended was due to his dramatic escape.

And it’s not just the most high-profile lawyers. In the last month, over 200 lawyers and activists have been targeted and detained, with an official newspaper accusing them of being part of a criminal gang aiming to ‘undermine social stability’.

China doesn’t only lead the way when it comes to cracking down on protesters, lawyers and dissidents. It’s one of the major players in a booming torture trade which should have been confined to history.

In the last 10 years the number of Chinese firms manufacturing tools of torture has quadrupled. Items like electric shock batons, spiked batons and neck cuffs are made and then exported to police and security forces in places like Egypt, Ghana, Cambodia and Nepal.

We saw China’s human rights record get worse in the run-up to the last Beijing Games in 2008. We saw a greater number of activists detained and websites blocked, and foreign journalists were stopped from reporting on issues deemed ‘sensitive' by the authorities.

What will happen when we reach Beijing 2022? We’ll have to wait and see, but given China’s current approach to free speech, and it’s track record in 2008, the Olympic Charter’s human rights aims will be ignored by the host country once again.