The tools of torture – a booming trade 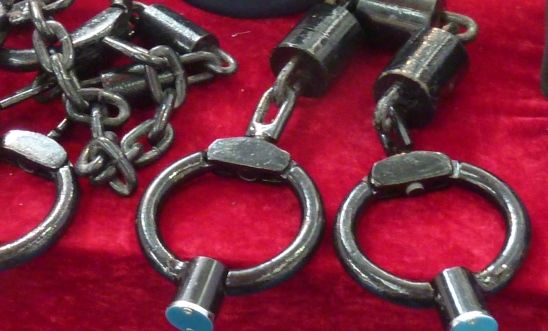 Torture is not a thing of the distant past. It’s not even a rare occurrence. It’s flourishing – and so is the industry surrounding it.

The uncontrolled trade, manufacture and export of torture equipment is big business.

One of the major players in this grim industry is China, where the number of manufacturers has more than quadrupled in the last decade.

One such company, China Xinxing Import/Export Corporation, stated in 2012 that its trade with Africa alone was worth more than £61 million.

This gruesome trade is thriving because the Chinese authorities have done nothing to stop the supply of torture tools, or to prevent policing equipment falling into the hands of known human rights abusers.

Take action: add your voice to our Stop Torture campaign

Many of the instruments openly marketed by these companies are cruel and inhumane tools of torture, specifically designed to inflict pain and suffering. They include:

It isn’t just China that has a hand in equipping torturers all over the world. The UK has repeatedly hosted international arms fairs where illegal equipment is advertised.

Despite numerous promises to clamp down on this practice, the government has never prosecuted any company for illegally peddling torture equipment at UK arms fairs.

‘We want assurances that this is the end of the UK playing the dirty role of matchmaker between trader and torturer.’
Olly Sprague, Amnesty’s Arms Programme Director

The manufacture and trade in equipment for which the primary purpose is to torture is banned under international law. We want authorities to immediately place a ban on the production and trade in these cruel devices.

Downloads
China’s trade in tools of torture and repression