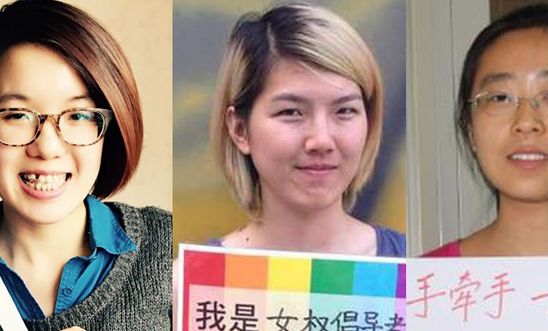 The Chinese government must drop all charges against each of the five women activists released on bail late on Monday.

The decision to release all five women is an encouraging breakthrough. But the authorities must now follow through and drop all charges and restrictions against the women.

The women are members of China’s Women’s Rights Action Group. They had made stickers printed with slogans: 'Stop sexual harassment, let us stay safe' and 'Go police, go arrest those who committed sexual harassment!' which they planned to distribute at public events.

Police had detained the five women on the charge of 'picking quarrels and provoking troubles', which carries a maximum of five years in prison each.

Under Chinese law, defendants released on bail pending trial can see the charges against them dropped if they do not commit further violations of the law, but often remain under close police surveillance.

'Women’s rights campaigners should be free to advance human rights without fear of intimidation or the threat of detention. Yet the reality today is that rights activists are systematically monitored, harassed and suppressed.'