Solidarity with the sisterhood 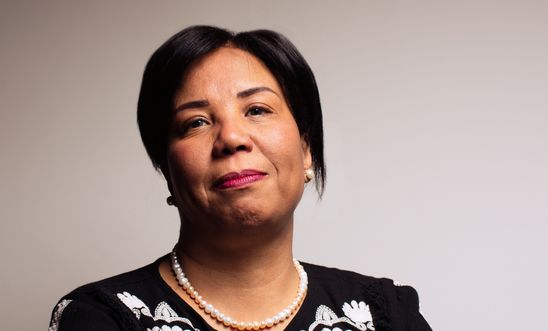 In some ways, International Women’s Day 2018 can mark a sense that the tide is turning, with women’s rights being respected and highlighted more than ever before. Vast women’s marches have taken place around the world, becoming one of the largest protests in history. Globally, the #MeToo phenomenon continues to draw attention to the appalling extent of sexual abuse and harassment. And the #TimesUp movement has raised millions for a legal defence fund to address systemic inequality and injustice in the workplace. From China to Syria, Kenya to Egypt, girls and women are rising up, some risking their lives to stand up for what they believe in.

However, those who dare to make a stand for human rights are also coming under attack in more and more places, on an alarming scale. Our report Human Rights Defenders Under Threat – A Shrinking Space For Civil Society shows that women human rights defenders facing increasing threats to their freedom and ability to organise, and are frequently targeted not only because of their activism but also because of their gender.

Just this week two women’s rights organisations in Algeria were forced to close. In Iran women are being threatened with imprisonment for peacefully protesting compulsory veiling. Barriers to sexual and reproductive health services and information for adolescents in Zimbabwe are putting girls’ health and futures at risk. And as many of us have experienced, online violence and abuse has a debilitating impact on women, silencing them and driving them off social media, with 76% of women surveyed saying they had altered their behaviour online.

Here we share just two case studies of women whose campaigning work has led to their being threatened with imprisonment and placed under surveillance. Last week, we shared our pride in our feminist sisters whose work had led to a landmark law on domestic abuse being passed by the Scottish Parliament. We are just as proud of our sisters internationally, who fight for similar women's rights.

Azza Soliman - providing legal assistance for women who have been abused

Azza Soliman bravely speaks out for victims of torture, arbitrary detention, domestic abuse, and rape. She co-founded the centre for Egyptian women's legal assistance and later Lawyers for Justice and Peace to give much-needed legal aid, support, and literacy lessons for women in poverty and survivors of abuse.

Because of their courageous and selfless work, Azza and other Egyptian Human Rights Defenders have been labelled as spies and national security threats. They have been targeted with smear campaigns and government surveillance - and security forces and pro-government media constantly harass them. Many of them face up to life in prison, as a result of the politically motivated court case known as ‘Case 173’.

In 2015, Azza witnessed the killing of another human rights defender while commemorating the martyrs of the Egyptian revolution. She was later listed as a defendant when she insisted on testifying against the police who shot her friend and was finally acquitted 10 months later.

Recently, Azza was arrested and interrogated. She now faces charges such as slandering Egypt’s image by claiming that women in the country face rape. She has been banned from travel, her assets have been frozen - and she could face time in prison.

“The struggle to enhance and support women and human rights is long and tiring, yet, I still have hope. I can see new generations taking the torch and leading the way to a better future. One day, we will overcome these difficulties and challenges – that’s what keeps me going.”

Wu Rongrong is best known for being one of China’s “Feminist Five” – a group of women arrested for planning a campaign to tackle sexual harassment. The arrests, which coincided with International Women’s Day 2015, led to an international outcry, garnering support from, amongst many others, Hillary Clinton. Although the women were released, the “Feminist Five” have remained under surveillance.

They were arrested in 2015 because they had made stickers printed with slogans saying “stop sexual harassment, let us stay safe” and “go police, go arrest those who committed sexual harassment!” which they had planned to distribute at events planned for International Women’s Day.

Police detained the five women on the charge of “picking quarrels and provoking troubles”, which carries a maximum of five years in prison each. Police later recommended that prosecutors change the charge to “disrupting public order in a public place”, a potentially lesser offence.

Under Chinese law, defendants released on “bail pending trial” can see the charges against them dropped if they do not commit further violations of the law, but often remain under close police surveillance.

“Women face many challenges throughout their lives, but many of these issues often remain invisible. For example, survivors of sexual harassment not only experience unspeakable pain, but also lack efficient legal protection. If victims were not blamed, but emboldened to seek redress, it would help to reduce sexual harassment.”