Five LGBTI activists to look out for 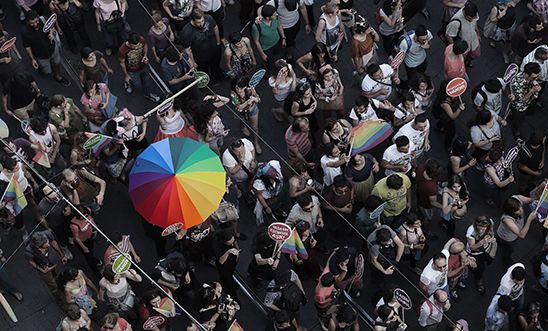 17 May is the International Day against homophobia, transphobia and biphobia (IDAHOTB).

Here are 5 brilliant lesbian, gay, bi-sexual, transgender and intersex activists (LGBTI) who are making waves while taking a stand for their rights. 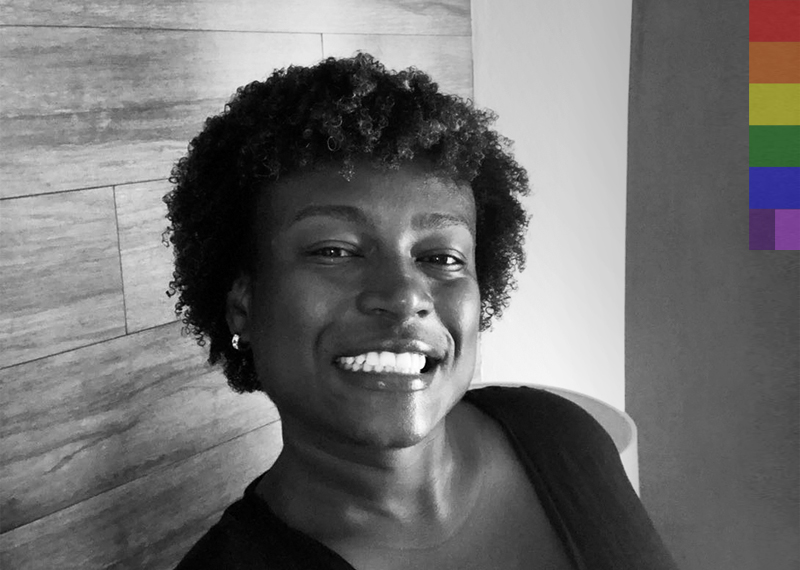 'Winning against transphobia also depends on a change in the general attitude of the people.'

Time and again, Alessandra Ramos Makkeda has been faced with the words: 'We don’t accept your kind here.'

She is a trans-woman and LGBTI activist in Brazil, the country with the highest murder rate of trans people in the world.

According to a local NGO, 64 trans people were murdered there in 2018, as of 1 May. In 2017, the world recoiled in shock as a video of the torture and murder of a Brazilian trans woman went viral online; the assailants were convicted in April 2018.

This is the context that Alessandra works in as a member of Transrevolução, a Rio-based group that fights discrimination and promotes discussions on issues affecting lesbian, gay and transgender people.

'We need to understand that transphobia, prejudice and hatred are structural problems,' she said in 2017. 'But winning against transphobia also depends on a change in the general attitude of the people.'

Despite the obstacles, Alessandra is determined to keep chipping away at these attitudes, trusting in a better future for trans people in Brazil. 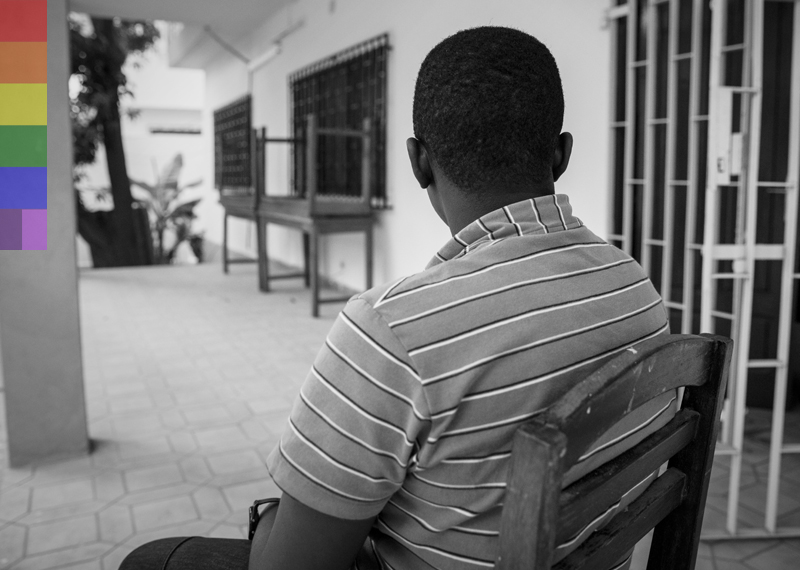 'I wanted to campaign for others who were hiding, like I once was, and tell them not to hide anymore.'

Diovi, in her 30s, is an active member of an organisation focused particularly on lesbian, bisexual and transgender (LBT) rights in Togo. The group also promotes the freedom and fulfilment of marginalised women in the small West African country where same-sex sex is a crime.

With just 30 active members, her organisation grew out of an informal gathering of like-minded people.

'Initially, it was an opportunity to meet up as friends and feel more comfortable and be as we are,' says Diovi. 'Little by little we realised that with the existence of gay organisations already, we should do the same for us, so that we can defend our rights, speak, get to know each other'.

Diovi joined the group because 'I felt alone in my own corner. I couldn't even admit or say that I am what I am. I was always hiding. Even when I'd meet someone like me who would speak about LBT issues, I'd act as if I wasn't a part of it.'

Joining the LBT group changed her outlook. 'It motivated me. I wanted to campaign for others who were hiding, like I once was, and tell them not to hide anymore. We are human beings after all and we also have rights.' 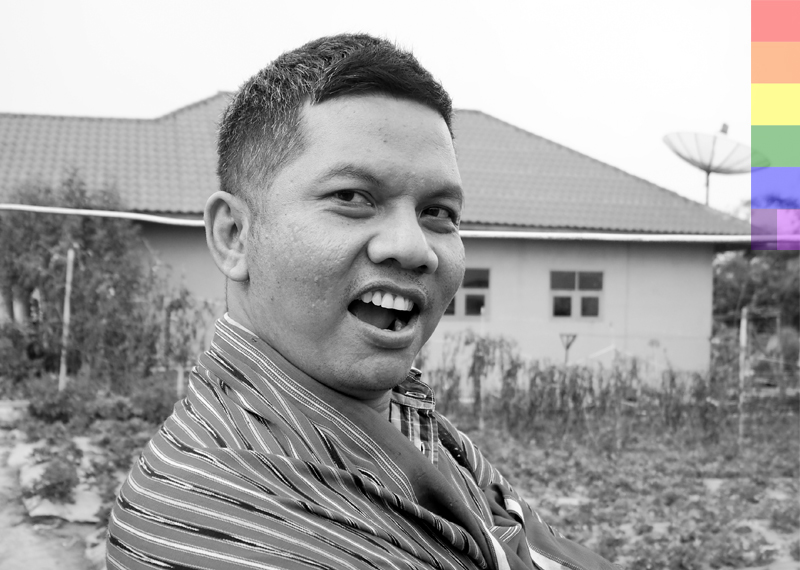 'The more LGBTI groups or individuals are aware and fight for their rights, the closer they are to justice.'

Once persecuted by police and mobs in Aceh for his sexuality, Hartoyo is now a committed activist, defending beleaguered LGBTI people facing caning sentences in the Sharia province of Indonesia.

Sex between people of the same sex is a crime in Aceh under Islamic laws introduced in 2015, punishable with public caning.

Hartoyo’s journey began in 2007, when he was caught with his boyfriend.

'The police urinated on my head and beat the two of us up,' he told the BBC in 2017. 'We were treated like animals.'

Vowing that no one like him should experience the same humiliation, Hartoyo founded Suara Kita (Our Voice) in 2009, an organisation dedicated to LGBTI rights. But even defending these rights is dangerous in a place like Aceh.

When a gay couple was caned in 2017, the first time the punishment had been applied in Aceh, Hartoyo travelled up to support them.

'I visited Aceh to meet the victims only to be chased by a group of people,' he told us. 'I moved from one hotel to another for my safety before I could finally meet and help relieve the victims.'

Hartoyo continues his work despite the risk. This IDAHOTB 2018, he has one rallying message: 'The more LGBTI groups or individuals are aware and fight for their rights, the closer they are to justice.' 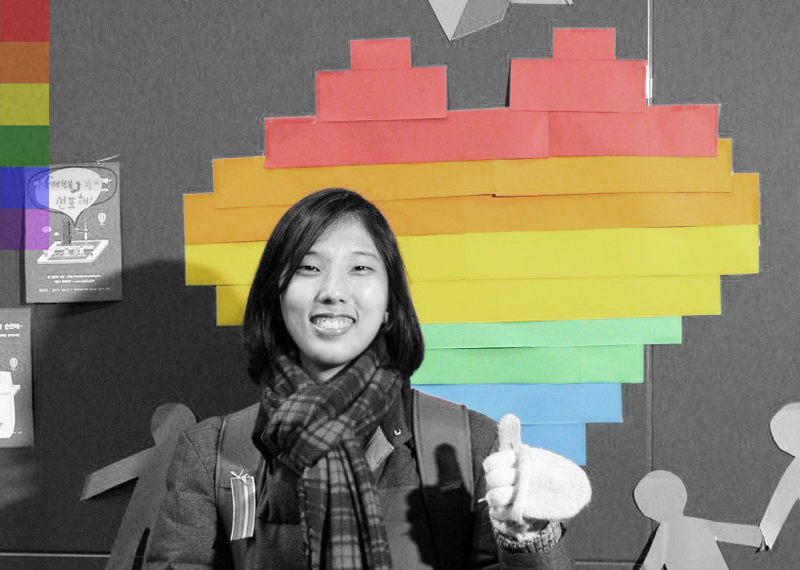 'I want to see our society accept diversity.'

J knew she was lesbian before she even knew the word. Now in her late 20s, she has come out to her close friends but not to her family. She doesn't want them and other acquaintances to know. Her desire to keep her sexuality a secret from her family is a direct reaction to the hostile climate that persists for LGBTI people in South Korea.

'I think the Korean government and society try to erase us being here,' she says. 'The media often use ‘Bromance’ (브로맨스) or ‘Girl crush’ (걸크러쉬) when they describe two men or women’s love or affection. They don’t want to recognise the existence of ‘gay’ or ‘lesbian’.'

For J, there are clear enhancements the government could introduce to make life better for LGBTI people in South Korea.

'I want to see our society accept diversity,' she says. 'In order to create this culture, we need to provide queer friendly education to schools and families. To provide such education, we need an ‘anti-discrimination act’. We also need to legalise same-sex marriage.' 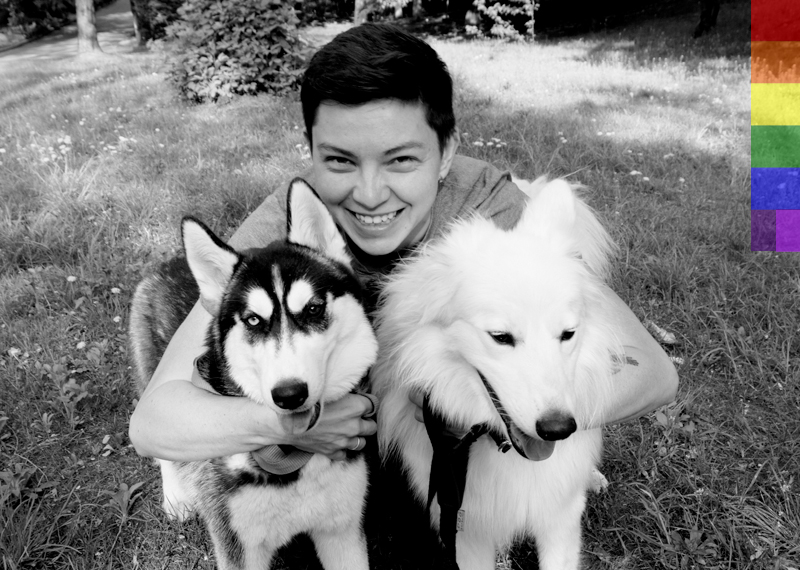 'IDAHOTB for me is a day of warm meetings with activists who struggle with transphobia and homophobia 365 days a year.'

Soldado Kowalisidi is a trans and intersex activist, now living in Ukraine. In 2016, he left everything behind and fled his home in Siberia because of the persecution he faced as a trans man in Russia.

Attacks on LGBTI people in Russia are all too common, with the abduction and torture of gay men in that country’s Chechen Republic the most recent and appalling example. Soldado’s experience was no exception.

'Five times, I was brutally beaten in the street by groups of state-backed "activists". In 2016, after the FSB made sure both I and my trans initiative were powerless and my attackers threatened to kill me, I escaped towards an uncertain future in Ukraine.'

Soldado now continues his activism in Ukraine, taking time to also volunteer for Amnesty. He met and married his partner and has set up a happy home.

But with the Ukraine government rejecting his asylum claim and threatening to return him to Russia, Soldado’s troubles are not over. Still, he remains hopeful.

He has this to say about 17 May: 'It is an occasion to amplify the voices of those activists who do not have the opportunity to speak openly now in the media.'

Join our LGBTI Network and we'll keep you in the loop by emailing you when there's an LGBTI case that needs your help.