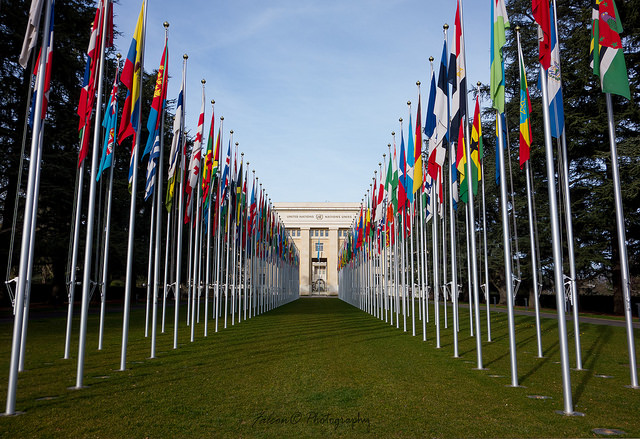 There are now more than 230 political prisoners, including religious activists, in Vietnam. The persecution of human rights activists and religious groups is intensifying. The Vietnamese government gives these activists very long prison sentences, and some of them are put in jail without trial.

Vietnam agreed to “guarantee the right to family visits and legal assistance, in particular during police inquiries” during the last UPR in 2014. However, Vietnam did not change the course of action. The government continues to convict and imprison bloggers and activists under various vague laws.

The Brotherhood for Democracy

The case of prominent Human Rights Lawyer Nguyen Van Dai and his colleague Le Thu Ha is a typical example. In April 2013, Dai founded the Brotherhood for Democracy which is a peaceful organisation aiming to assist victims of government corruption and land grabs; promoting human rights, freedom of speech and democracy in Vietnam.

The Vietnamese security forces arrested him and his colleague Ha in December 2015.  The two were in police custody without having legal assistance and trial until April 2018. A Court in Ha Noi accused them of overthrowing the people’s administration, and sentenced the two to 15 years and 9 years in prison respectively under article 79 of the Criminal Code.

The Vietnamese regime continued to suppress the members of the Brotherhood for Democracy. For example, Nguyen Trung Truc was sentenced to 12 years in prison in September 2018 on charges of overthrowing the state.

His fellow Brotherhood for Democracy member Nguyen Van Tuc followed in his footsteps, being sentenced to 13 years in prison in the same year.  Appeals are allowed in the country. However, Vietnam is considerably intolerant of political dissents, so the judge upheld the sentence and Tuc will serve his full prison term. 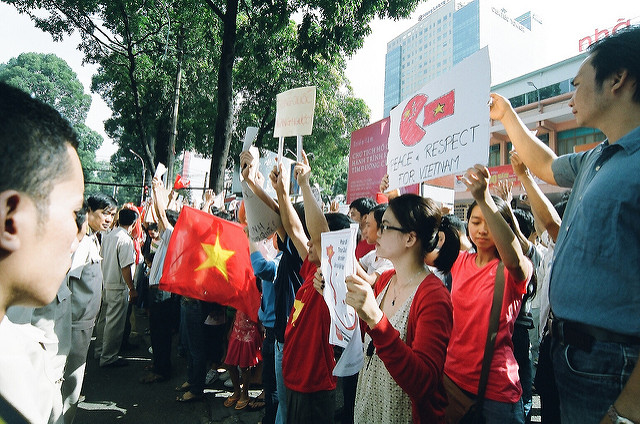 The Vietnamese regime have also increased their crackdown against religious activists. Last year, a court in the city of An Phu persecuted six Hoa Hao Buddhist followers with disrupting public order.

This religious minority has had long disputes with the government. In the past, police harassed independent members of the Hoa Hoa group. The group was founded in the South of Vietnam in 1939 by the spiritual leader Huynh Phu So. However, the leader was disappeared after having a meeting with the Vietnamese Communist representative in 1947 in order to reconcile the conflict between the Vietnamese Communist and Hoa Hao Buddhism.

Although the Vietnam war finished in April 1975, disputes between the Hoa Hao Buddhism and the Vietnamese Communist Party continues. Hoa Hao Buddhism is subjected to intense surveillance and repression in the country. Authorities try to stop Hoa Hao Buddhists from worshipping or attending the founding day of the religion or the anniversary of the death the Hoa Hoa founder Huynh Phu So.

Bui Van Trung, a prominent Hoa Hao Buddhist, used his house to practice the religion occasionally without government approval in 2005. Since then, he and his family were harassed, assaulted and intimidated. His family members were imprisoned. In July 2012, Bui Van Trung was charged for resisting people on public order under article 257 of the penal code. 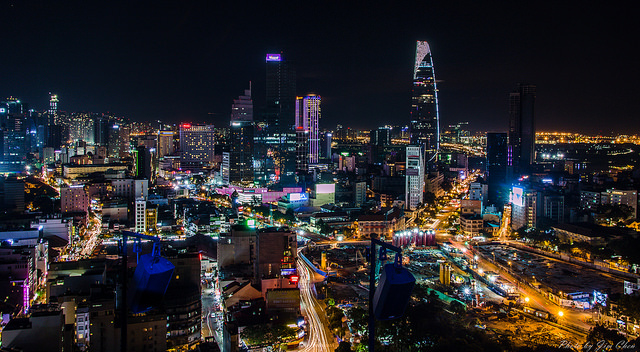 In spite of improving the people’s living standards and reducing the poverty rate significantly in the past few years, Vietnam has not built up human rights laws to ensure social welfare of its citizens, and it’s shown worryingly limited policies to promote human rights in the country.
During this year’s UPR, civil societies and NGOs played an important role in giving implementation recommendations to promote human rights in Vietnam, especially for those vulnerable groups.

On February 1st 2019, seven Members of the European Parliament (MEPs) wrote to the new elected President and General Secretary of the Vietnamese Communist Party, Nguyen Phu Trong, to demand the release of the environmental and labour rights defender, Hoang Duc Binh.

Binh wrote on his blog criticising the government for not handling the environmental disaster caused by Formosa. The Taiwanese steel company discharged toxins into the sea along the central coast of Vietnam, causing a significant environmental disaster. The letter emphasises the importance of the promotion and protection of fundamental rights when the EU and Vietnam negotiates a Free Trade Agreement.

What can be done?

In my view, in order to minimise the persecution of human rights activists, online bloggers and religious activists by the Vietnamese authorities, we need the strong support of pro-democratic governments and institutions in the international community.

At a time when human rights violations remain high in Vietnam, the MEPs are right to stand up for this issue. The EU needs to put pressure on Vietnam to improve its human rights record when negotiating a Free Trade Agreement. The EU should also work closely with the Vietnamese Government to promote human rights in the country.

It is a huge priority for the Vietnamese Government in years ahead to ensure that each citizen has access to fundamental rights and freedoms, and perhaps for them to realise that having strong human rights will result in a positive impact across all aspects of society.