Under Apartheid - Hello from Gaza 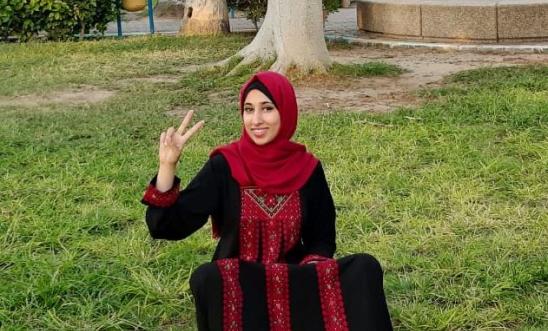 Growing up in Gaza

My realisation of my suffocating surroundings in Gaza began when I was maybe four years old. I used to hear my dad discussing politics with our relatives. I didn't understand everything they were saying, but there was always this one constant - the repetition of the word 'Palestine'. It was a continuous beat, said with emotion that mixed hope and despair.

When I was six, I was enrolled in an UNRWA school in Gaza city. I used to wonder why I didn't join the government ones. It was later that I learnt that I was a refugee. I was born in 1997 to a refugee father from the city of Yaffa. Created shortly after the Nakba, UNRWA was created to offer services such as health and education to the 750,000 Palestinians (and their descendants) expelled from their homes by Zionist militias and replaced with Jewish settlers. I also learned that my refugee status was supposed to be temporary, as UN Resolution 194 guaranteed my right to return to Yaffa. My family and I are meant to be compensated for all the suffering and losses Israel caused us.

I realise my existence and the crimes inflicted on us in Gaza are not normal, but too many people have normalised this reality. In 2008, I experienced the traumatic, brutal Israeli assault on Gaza - whose population are mainly refugees. I heard the massive, resonating bombardment while doing sixth-grade final exams. I had never experienced such terror and anxiety before. I lost my cousin in one of the Israeli airstrikes. My family couldn't get together to mourn him because Israeli helicopters would target people and vehicles in the streets.

Since then, I have witnessed three more major attacks during which Israel didn't spare civilians, residential buildings, or even medical facilities and ambulances. These assaults took thousands of innocent souls, including children, women and the elderly. I never received psychological support following these assaults. It's as if this existence is what we Palestinians are expected to endure. It is, of course, not just me - tens of thousands of children in Gaza urgently need psychotherapy.

Gradually but clearly, I began processing the impact of the medieval siege on Gaza - imposed on every child, woman, and man since 2007. My dad lost his job as an owner of a sewing factory among the labour force working inside the Green Line. Our financial situation deteriorated badly without any alternative income, forcing us to shut our factory and make calculations about our food and school fees constantly. We only focused on essential expenses. With little time, the economy in Gaza collapsed and was deepened by the political divisions between short-sighted men.

Unemployment rates flew high at 45% and terrifyingly reached 70% among Gaza's youth. We started having frequent power blackouts of up to 20 hours a day. 95% of our water is undrinkable, making Gaza uninhabitable as the UN predicted. My dad's conversations with relatives shifted more towards despair. 'Palestine' was mentioned less as his focus turned to food, electricity, and survival.

When will we be free?

We are still under siege. Things are not getting better. My friends and I are nervous and wonder when we will be free. We are an unwanted indigenous population that reminds Israel of the Nakba, and to many in Israel, we constitute a 'demographic threat'. Israel made sure we remained isolated and cut apart from the rest of our Palestinian sisters and brothers and the wider world. Israel has controlled six crossings out of seven in Gaza, leaving the seventh to the Egyptian regime.

Restrictions on movements are killing us and our hopes too. Students lost their scholarships because they couldn't leave. Patients' lives were endangered because they couldn't receive the necessary medical treatment in time. Patients who had cancer lost their lives while waiting for permits and medical referrals to be issued by Israeli authorities. Israel has recently completed a 65-kilometre, iron-and-concrete "smart fence" around Gaza, turning the siege into a cage. Is this even making it into your news? Or do you think it's normal?

I cannot visit my relatives in the occupied West Bank who are only a one-hour drive away. We cannot celebrate family occasions together. Or, more personally, I cannot marry any Palestinian or Israeli there because then I'll have to apply for family reunion, which often gets rejected.

The impact of the siege has also been demonstrated during the COVID-19 pandemic, with an already depleted health system struggling to cope given the acute medical shortage in medicine, facilities, equipment and expertise.

Many Palestinian, Israeli, and international human rights organisations have described Israel's policies against Palestinians as apartheid, the latest of which was Amnesty International. Their new report documents the crimes perpetrated by Israel, along with strong and highly valued legal analysis. But many of us here would say that what we suffer in Gaza goes beyond being just a Bantustan. Many would say we live in something that feels like a slow genocide. We have been enduring crimes against humanity for decades. I worry our suffering is being normalised. We need global solidarity and mass mobilisation more than ever. We need more people who believe in human rights for all to speak out. We need to build an international anti-apartheid movement all over again.

Aya Al-Ghazzawi received her bachelor’s degree in English Language and Literature from al-Aqsa University in Gaza. She is an English language teacher in the Palestinian Ministry of Education. She is also a BDS activist, a writer for We Are Not Numbers and a number of websites, and a member of One Democratic State Campaign. Most recently, Aya served as the 2021 Gaza mentee at Al-Shabaka: The Palestinian Policy Network.

Stand in solidarity today with the Palestinian people living under Israel’s apartheid by taking action now.