Dying to save the environment in Mexico 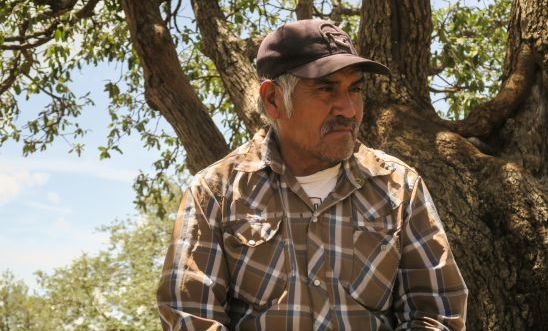 Defending human rights should never be a death sentence. But it has been for hundreds of people across the world – and it’s getting worse. In 2017, over 200 people were killed for their human rights work. In 2018, this shot up to 321, the highest number on record.

Time and time again, human rights defenders have been failed by those who are supposed to protect them.

Last October, Julián Carrillo was murdered. He was an environmental defender, a leader of an Indigenous community in northern Mexico. For over 15 years, he was responsible for the care of the territory, the forest, the water and the wildlife of the territory of Coloradas de la Virgen – land on which he and his ancestors had lived for generations.

But his work put him in grave danger from business interests who wanted to mine the forest, and organised criminal networks who had appropriated the indigenous territory. He had received numerous death threats and had been harassed. In the last three years, at least five of his relatives had been killed. And he was afraid.

Authorities knew he was at risk. They introduced protection measures, but they were seriously limited. They didn’t address the underlying causes of violence. They didn’t take into account dimensions like gender, ethnicity and poverty. And so, on 24 October, he was murdered by unidentified armed men. To date, no one has been brought to justice for his murder.

Mexico’s half-hearted protection measured were nowhere near enough to protect Julián, and others like him who defend human rights and the country’s precious resources. At least 17 human rights defenders were killed in 2018 in Mexico alone.

And Mexico isn’t the only country failing in their obligation to protect those who stand up. Stories like Julián’s are heartbreakingly common: across the world, we see human rights defenders attacked simply for defending their land, the environment, or the freedoms we all should enjoy.

Despite this, more people than ever before are standing up for their rights, defending others, and protecting their environment. But the cost of defending human rights should never be this high. At a time of environmental crisis, we need people like Julián more than ever to keep fighting for our planet.

People around the world are stepping up to the challenge of fighting for a better world, often at huge risk. But they can’t do it alone. It’s time for governments around the world to step up, too.

The UK Government is doing some good work to protect human rights defenders and to promote what they do, but some good work some of the time isn’t enough. The UK could and should do more to respond to the increase in attacks on human rights defenders. And for this to happen, we need MPs across all parties to raise this issue in Parliament and with the Foreign Secretary. Email your MP today and join the call for the UK to send backup to those who protect rights and freedoms around the world.