Why doesn't the Prime Minister know about NRPF? 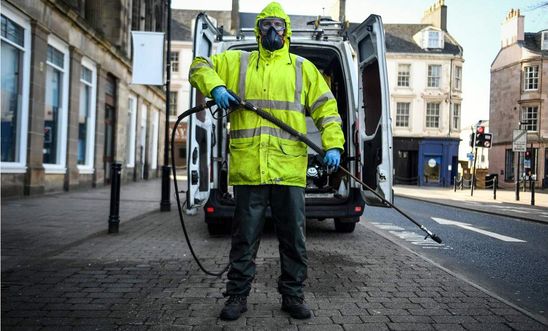 The Prime Minister's ignorance of NRPF and its dreadful impact

Last week Boris Johnson appeared in front of Parliament’s Liaison Committee. This is where MPs who chair various parliamentary committees get to ask questions of the Prime Minister.

Stephen Timms, Chair of the Work and Pensions Committee asked about No Recourse to Public Funds (NRPF) – particularly its devastating effect on people struggling to support themselves and their family during the coronavirus pandemic.

NRPF is an immigration restriction that excludes many thousands of people living in the UK from social welfare – even if the unpredictable happens, such as an accident at work, becoming ill or being laid off due to a global pandemic. It applies even to people who have lived here for years or decades and people whom it is clearly known and accepted will be living here permanently.

The Prime Minister caused a small stir on social media when he admitted to not knowing what NRPF was. He said he would look into it.

That response raises some immediate questions. Why was the Prime Minister ignorant of such a dreadful impact – not only of the virus but also of the measures he has introduced to address it? How had he remained ignorant of this after so many people and organisations raised concerns about this impact? Indeed, how had he done so even after 97 MPs wrote directly to him about it at the end of March?

The answer to these questions is linked to events that finally exposed decades-long injustices endured by people now collectively known as the Windrush generation. On 16 April 2018, Amber Rudd, then Home Secretary responded to an Urgent Question in Parliament. She apologised for the harms that had been done and explained:

“…the Home Office has become too concerned with policy and strategy and sometimes loses sight of the individual.”

This remains an important admission – even if expressed in terms far too modest for the scale of the wrongs committed. It recognises that there is often no consideration of the consequences of Home Office practice and policy upon the people directly affected, and that this is wrong.

The most vulnerable have been excluded

Two years on, the Government has been required to address a global health emergency that has already caused, according to official figures, the death of nearly 40,000 people in the UK. Its response – based on the need for social distancing – has shutdown much economic and other activity, with obvious impact on millions of people surviving on low incomes.

It was always clear that among those most severely affected would be people excluded from social welfare provision designed to help people unable to support themselves – because, for example, their employer, or that of a family member, has reduced work or shutdown altogether.

In other words, anyone giving serious thought to the effect of social distancing and related measures designed to protect everyone’s health would have known that NRPF would cause real hardship and suffering if nothing was done to prevent that.

All of which brings us back to Amber Rudd’s Windrush admission. Boris Johnson did not know what NRPF was because neither he nor those responsible for advising him – including his Home Secretary – have thought seriously about people and how they are affected by the pandemic and Government measures in response.

Concerns around NRPF – widespread and severe though these are, a part of what is most shocking about the Prime Minister’s response to Stephen Timms. The failure of Government to recognise or care about the lives of people during this pandemic goes much wider.

Among the most devastating aspects, for example, has been failure to provide personal protective equipment (PPE) to many health, care and other key workers; and the shocking mortality among people in care homes.

A particular concern that Amnesty has raised with Government and parliamentary inquiries is the general failure at the Home Office to review the pandemic’s impact on its immigration system and that system’s impact on the pandemic response. NRPF is one of several critical features of this.

The Government has only recently brought its Immigration Bill back to Parliament. Yet, entirely absent from this Bill is any attempt to reform the immigration system to correct the continued lack of thought or care about people subjected to it.

This is not just bad for people who come to the UK to work, study, join family or find safety. It is bad for everyone. It makes for an immigration system that does widespread harm.

It also reflects and sustains a more general attitude that permits those who govern us to implement policy and practice in ignorance of how that affects us, including the harms it may cause.