Iranian authorities have forcibly disappeared and are torturing Jamshid Sharmahd, a 67-year-old German-Iranian political dissident who is at risk of being sentenced to death for “corruption on earth” (efsad-e fel-arz) following a grossly unfair trial. He has been arbitrarily detained and held in solitary confinement since July 2020, but authorities refuse to reveal his location to his family. 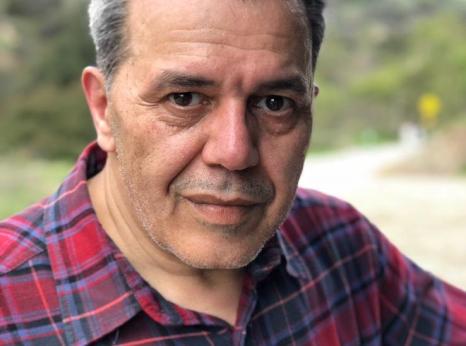 Iranian authorities have forcibly disappeared and are torturing Jamshid Sharmahd, a 67-year-old German-Iranian political dissident who is at risk of being sentenced to death for “corruption on earth” (efsad-e fel-arz) following a grossly unfair trial. He has been arbitrarily detained and held in solitary confinement since July 2020, but authorities refuse to reveal his location to his family.

Jamshid Sharmahd, a resident of the USA and a journalist, created a website, Tondar, for the Kingdom Assembly of Iran (also known as Anjoman-e Padeshahi-ye Iran), where content could be posted anonymously, and which he read out in radio and video broadcasts. The website included statements from the Kingdom Assembly of Iran claiming responsibility for explosions inside Iran. Jamshid Sharmahd has denied his involvement in the violent acts attributed to him by the authorities, including by rejecting all accusations during trial. Amnesty International is concerned that Jamshid Sharmahd is at risk of the death penalty as two men, Mohammad Reza Ali Zamani and Arash Rahmanipour, were executed in Iran in January 2010 after being convicted in grossly unfair trials of “enmity against God” (moharebeh) in relation to their real or perceived affiliation with the Kingdom Assembly of Iran.

Since 2019, Amnesty International has documented two other cases involving the abduction of dissidents based abroad by Iran’s security and intelligence agents and their forcible return to Iran. Dissident journalist Rouhollah Zam was abducted during a visit to Iraq in October 2019 by the Revolutionary Guards, apparently with the assistance of Iraqi intelligence authorities, and forcibly returned to Iran. He was executed in December 2020 following a grossly unfair trial. Habib Chaab, an Iranian-Swedish dual national, currently detained in Iran, was abducted in Turkey in October 2020, and removed to Iran through what the Iranian authorities called “specialist and combined actions”. Turkish authorities wrote in a January 2021 reply to a communication from several UN Special Rapporteurs that he was “illegally smuggled to Iran the day after his arrival in Turkey.” Habib Chaab is currently at risk of being sentenced to death.

While every government has a duty to bring to justice those suspected of criminal responsibility for criminal acts, anyone arrested or detained on a criminal charge, including those related to “terrorism”, must be treated in full compliance with Iran’s human rights obligations, including to guarantee the right to a fair trial and ensuring international fair trial standards are respected. These further include the rights to choose one’s own lawyer; to access effective legal assistance from the time of arrest and throughout the pre-trial, trial and appeal proceedings; to be brought promptly before a judge or other officer authorized by law to exercise judicial power; to challenge the lawfulness of detention before an independent, impartial tribunal; to be presumed innocent; to remain silent and not to be compelled incriminate oneself or to confess guilt; to obtain full access to relevant evidence; to not be detained on vague charges; to examine and cross-examine witnesses; to receive a fair, public hearing before a competent, independent and impartial tribunal; and to be provided with a public, reasoned judgement. The imposition of the death penalty following an unfair trial constitutes an arbitrary deprivation of the right to life and executions of individuals sentenced to death by Revolutionary Courts following unfair trials that violate international human rights law, may also amount to extrajudicial executions, a crime under international law. Amnesty International has documented a pattern of systematic violations of the rights to a fair trial in Iran from the time of arrest and throughout the investigation, trial and appeal proceedings. Courts routinely ignore allegations of torture and other ill-treatment, without ordering an investigation, and rely on torture-tainted “confessions” to issue convictions and sentences, including in death penalty cases.